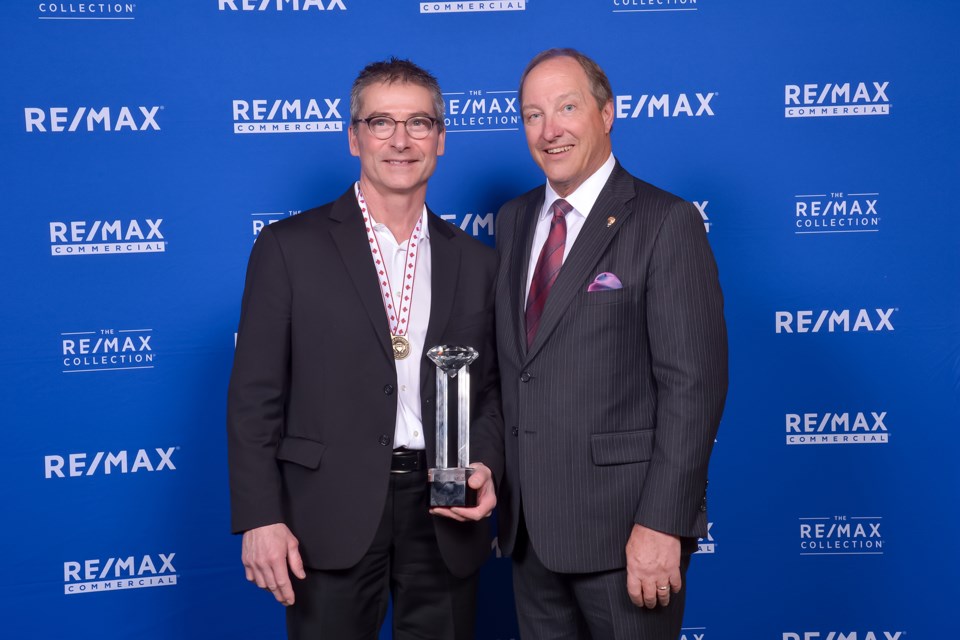 "When there's a challenge, there's also an opportunity," Cyr said.

Last month, Cyr was recognized as one of RE/MAX's top achievers in Western Canada at an awards conference in Las Vegas, placing fifth among his peers. Cyr also received the Diamond Award, given to agents who hit a certain volume of sales over the course of a year.

More than 7,000 RE/MAX agents from 37 countries were at the worldwide conference.

Cyr said he was "quite shocked" to hear he beat out competing agents from larger markets, including Vancouver, where the average selling price of a home is about $2.4 million.

For comparison, the average selling price of a home in St. Albert is around $440,617 according to the latest report from the Realtors Association of Edmonton.

He said instead of looking at himself as a salesperson, he sees himself as a sort of business consultant in the world of real estate.

No matter how the economy is doing or how successful his last month has been, Cyr said he's constantly looking for ways to improve his own service. Whether it's working seven days a week or buying a moving van for his clients to use, "you always have to be out there," he said.

"The reality is, no matter what, someone always has to buy or sell. As simple as it sounds, it's about looking after people, letting them know the sky isn't falling, and just being there for them, giving them the right advice at the right time," he said.

Cyr has been at the St. Albert RE/MAX office for the last four years after previously owning a home building renovation business in St. Albert for 15 years.

Being available is extremely important, he said. As an example, Cyr spoke about his Christmas Eve last year, when four deals came together at the same time. With the support and understanding of his family, Cyr's best sale of the year came together like a line of falling dominoes.

"Putting four together and watching four families experience that ... it was pretty neat."

This is the first time an agent with the local RE/MAX office has received the Diamond Award, said Shandrie Lewis, RE/MAX real estate agent and broker.

"He's about quadrupled his business in the last two years," Lewis said.

"I think it just really speaks volumes to the fact that it doesn't matter what the markets are doing, there's room for success. Real estate is a very tough, tough game ... it really just speaks to his work ethic and his commitment."

While there's "no simple recipe for success" in real estate, it really boils down to caring for his clients, Cyr said.

"You have to be focused. You have to put in the time. And above all, you have to look after people."