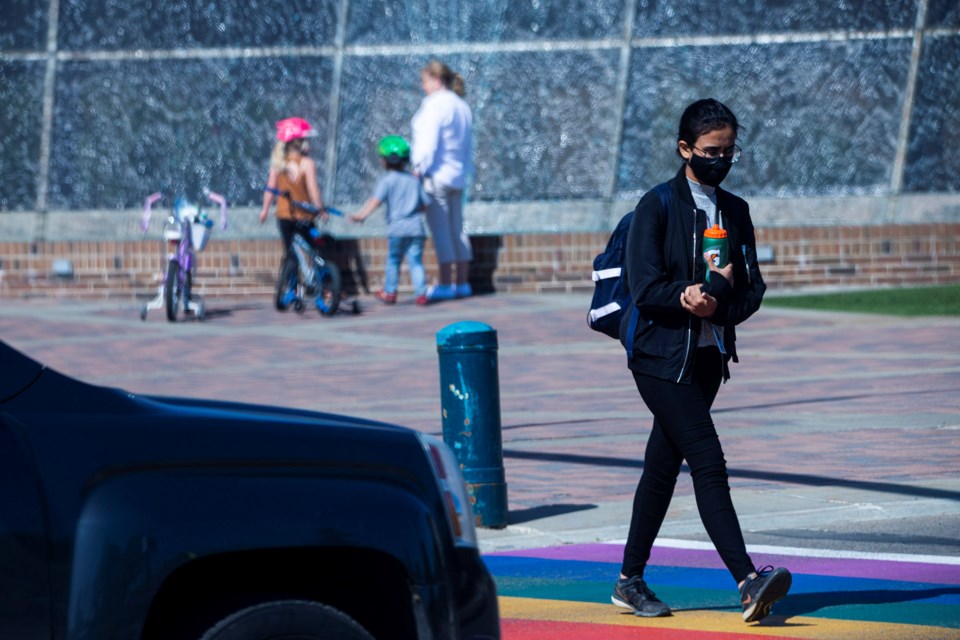 A weekend increase in St. Albert’s COVID-19 numbers has brought the city’s active case count to 16.

The current case count in the city had been declining over the past few weeks since hitting a high of 14 in early August. Last week, the number of positive cases dropped to six, before jumping to 10 on Friday. By Monday, numbers on the province’s COVID tracking map had climbed to 19.

On Tuesday, the updated numbers showed 16 active cases in the city.

Mayor Cathy Heron said in a written statement to the St. Albert Gazette she was concerned about the increase, and encouraged residents to stay vigilant in reducing the risk of transmission.

“We believe we have taken the appropriate measures to minimize the likelihood of transmission in public places, but encourage residents and visitors to take precautions when at home, with friends and family and when interacting with others in the community. Together, we can get through this,” Heron wrote.

As of Tuesday afternoon, the total number of people who tested positive for COVID-19 in St. Albert stands at 87 people. Seventy people have recovered. One person has died.

Provincial data showed there were six school outbreaks in Alberta at press time. Over the weekend, a second person was diagnosed with COVID-19 at the SIGIS Daycare attached to Leo Nickerson school in St. Albert.

St. Albert NDP MLA Marie Renaud said she wasn’t surprised by the increase in cases with schools reopening, but there is room for improvement with the province’s current strategy.

"I don't think anyone should panic ... it just serves to underline the importance of preventing further problems," she said.

Smaller class sizes can reduce the risk of transmission for students, teachers and their families, Renaud said, though Premier Jason Kenney said cutting class sizes to allow for more physical distancing is unrealistic, estimating the cost to do so at $4 billion.

Her office is also continuing to push for a symptomatic testing site in St. Albert so local residents and people living north of the city with symptoms don’t have to travel into Edmonton or further to get tested.

“We didn't hear back from our first letter. So we sent it again with another letter, and we've not heard back from the Health Minister yet, but we will keep pushing.”

Fatigue from keeping up with health and safety guidelines after seven months is very real, but so is the risk, Renaud said. Colder weather could intensify the spread as more people stay inside and flu season begins.

“It's just really important to do your best to keep your family and friends and your neighbours safe," she said.