We urge you to please consider contributing to the Kidney Foundation or the Cancer Foundation in Gerry Creelman's memory if you are moved by this story.
Apr 9, 2019 3:50 PM By: Dayla Lahring 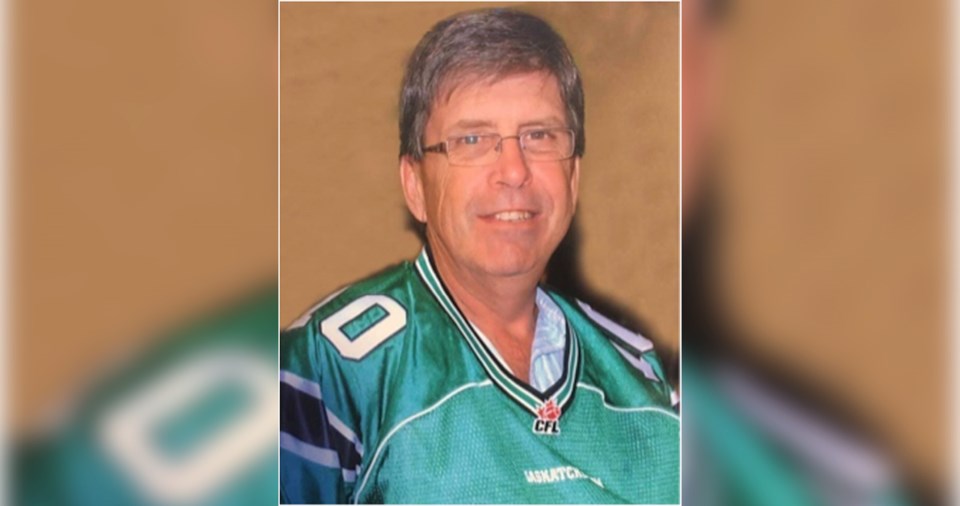 Note: This piece was written to help raise awareness around cancer. If you are moved by this piece, we urge you to please consider contributing to the Kidney Foundation or the Cancer Foundation in Gerry Creelman's memory.

In the 10 days leading up to Gerry Creelman's death, he was at peace.

The 61-year-old St. Albert resident has been deteriorating from cancer over the past year. Having lost any semblance of quality of life, he decided to sign up for assisted death. His death was set for Tuesday at 10 a.m.

Janet Creelman, Gerry's wife, said when she found out he wanted the procedure – which involves pumping a sedative into his IV to put him to sleep, followed by a drug that paralyzes and stops the heart – she had mixed feelings.

“I'm devastated. But I mean, I have to honour his wishes. This is his decision,” she said.

“This is humane. The poor man has been suffering, he has fought for years and he's done fighting."

Janet said Gerry will be remembered for being a hard worker with a love of sports. He coached hockey and baseball in St. Albert, and has also worked for the WHL Oil Kings as a statistician.

She said she hopes people will also remember Gerry as a fighter and a good father.

“He was a fighter and he was dedicated. He was a good father. He loved his community, he loved people,” she expressed.

In the past week, over a hundred friends have flowed into the hospital room to say goodbye.

Janet told the Gazette Gerry had a long medical history battling different diseases and cancers. In 2001, Gerry received a kidney transplant from his brother for polycystic kidney disease. His mother died from the same disease, which she was diagnosed with at the same age as Gerry – just 30 years old.

A few years later, Gerry was diagnosed with a form of throat cancer. He underwent intense bouts of radiation, which made it difficult for him to swallow afterward. He also had multiple surgeries over his life to remove skin cancer, which was the least of their worries at the time, Janet said.

In February 2018, Gerry was diagnosed with testicular cancer. He had one testicle removed and Janet said a doctor told her between the throat and the testicular cancer, there was only one thing likely to lead to his death.

“This cancer will not be what kills you, is what (the doctor) said. He said, this cancer may come back, if it comes back, it'll be in your stomach, but you're more apt to get the cancer back in your neck,” she explained.

Then in fall last year, Gerry’s life changed dramatically. In May, he noticed a canker sore on his tongue that wouldn’t go away. At first he ignored the sore, but eventually went to the doctor.

Janet didn’t know about the canker sore or the doctor’s visit, but when he told her, she said she knew right away the cancer had returned.

“He didn't want to tell me (for) the longest time. I don't think he wanted to admit to it,” she expressed.

Gerry's entire tongue had been overriden with cancer, and it had to be removed. The doctors reconstructed a flap in his mouth from skin on his leg, and he had to learn how to talk and swallow again.

But mid-January, his face became swollen and he began having trouble breathing. He was admitted to the University of Alberta hospital, where doctors removed phlegm from deep in his throat. Afterward, Gerry needed the phlegm removed a couple of times each week. The flap in his mouth also still had hair follicles, so the doctor would shave his tongue when he was in.

Gerry’s quality of life had plummeted. His breathing became so difficult, he needed to have a trachea tube in his throat. He also could only communicate using a dry-erase marker and a whiteboard.

As his situation grew worse, Gerry spoke with a psychologist about assisted death. He had told both his sister and wife that he didn’t want to go through another fight with cancer if it were to return.

Around two weeks ago, Gerry was admitted into the hospital for breathing difficulties, and a PET Scan determined the cancer had returned and spread. Gerry decided to proceed with medically assisted death, and was assessed by two independent doctors to verify he was an eligible candidate.

Sister Shirley Maruk said a sense of peace overflowed through Gerry when he was approved.

“He's very peaceful in the hospital, because they are able to assist him in taking charge,” she said. “I think, in this case, he's winning the battle of cancer because he gets to have the final say."

Every day for the last 10 days, Gerry has had to write on a white board that he still wants the procedure. As part of the program, he needs to cognitively agree to it every moment leading up to the day it happens.

On Tuesday morning, Gerry wrote on the white board for the last time. Surrounded by his wife and children, he took his last breath at 10:10 a.m.

"He was always smiling, even through this,” she said with a hitch in her throat.