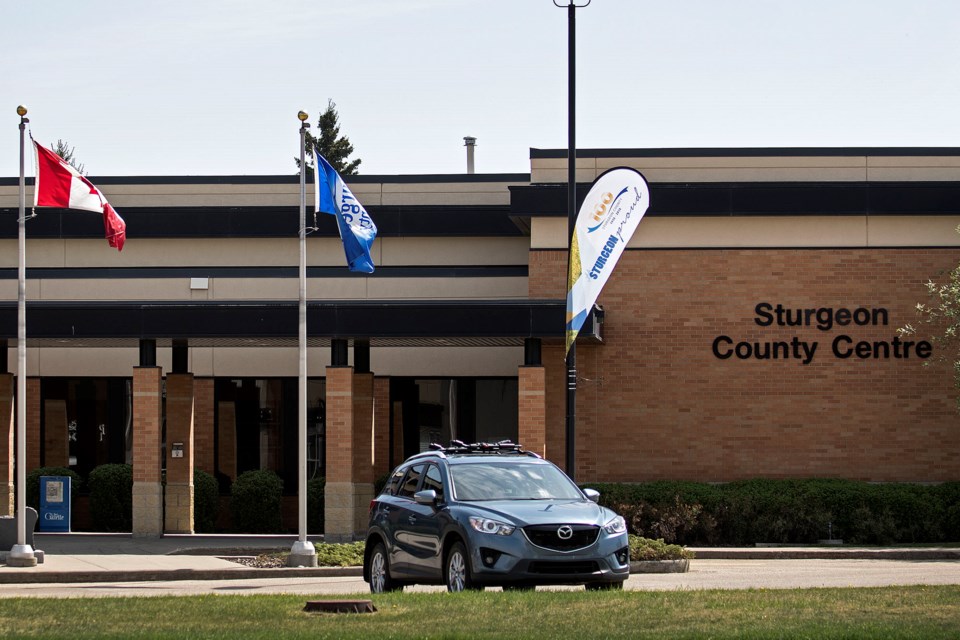 The council chairs in the Sturgeon County Centre have been empty since mid-March, ever since county councillors switched to meeting by teleconference – a consequence of their decision to close most county buildings to the public in response to the pandemic.

That changed June 30 with the launch of the county’s reopening plans. Councillors Wayne Bokenfohr, Neal Comeau, Kristin Toms and Patrick Tighe were back in their old seats in council chambers that Tuesday, while Mayor Alanna Hnatiw and councillors Dan Derouin and Karen Shaw were present by phone.

Documents presented to council that day sketched out a three-stage plan for reopening the county’s buildings.

During phase one, which runs from June 30 to July 31, up to four council members would be present in chambers for meetings. The front desks of the Sturgeon County Centre, agricultural service trailer, FCSS, protective services and Sturgeon South were set to reopen to the public July 2, with assessment services reopening July 13.

All county public buildings would be outfitted with sanitization stations and directional arrows, and be subject to occupancy limits and increased cleaning. Visitors would be encouraged to wear masks, which would be available on site.

Phase two, scheduled for August, would see sports fields, ball diamonds and the development support services office reopened to the public. Phase three, which has no set start date, would see all offices reopened.

In a 6-1 vote (Coun. Neal Comeau opposed), council chose to cancel this year’s Agricultural Service Board tour and to attempt a virtual Culinary Cookout event.

Visit sturgeoncounty.ca/covid19 for a timeline of facility reopenings.