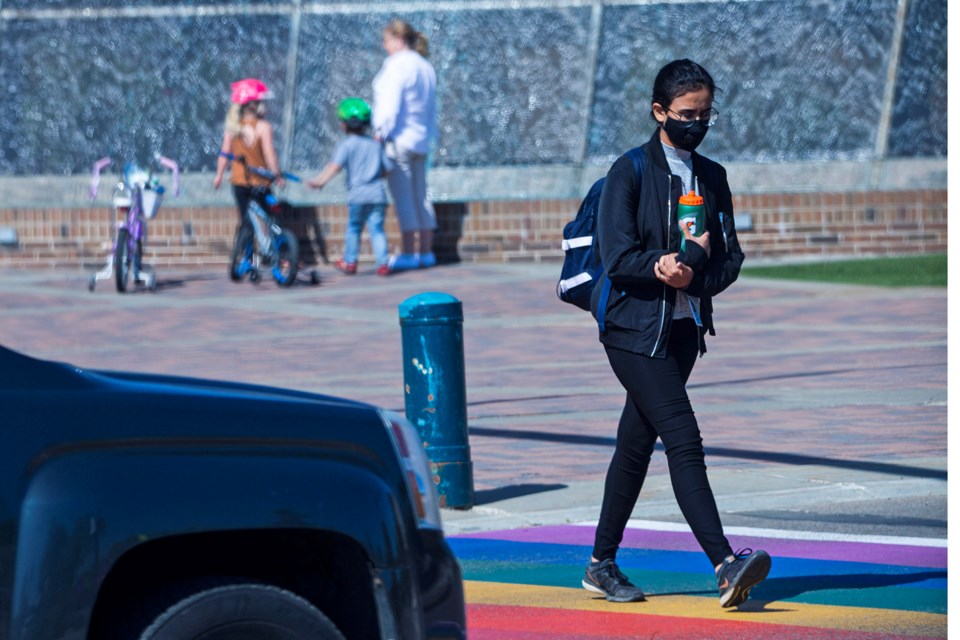 Sturgeon County has made face masks mandatory in all indoor public places and public vehicles after a more than tenfold increase in its number of COVID-19 cases.

County councillors voted 5-2 Aug. 20 in favour of a bylaw to require people to wear face coverings at all times while in an indoor, enclosed or mostly enclosed public place or in a public vehicle in Sturgeon County, effective immediately. Councillors Neal Comeau and Patrick Tighe were opposed.

Council also voted 5-2 (Comeau and Tighe opposed) to implement similar mask requirements at county facilities outside the county (such as the Sturgeon County Centre in Morinville).

Council held off on implementing a mask bylaw on Aug. 11, as there were just two active cases of COVID-19 in Sturgeon at the time. That worked out to 7.2 cases per 100,000 people, which the province defines as low risk under its relaunch strategy.

Alberta Health Services moved the county from “open” to “watch” status under its relaunch strategy as a result, meaning it was in talks with the county to implement additional public health measures. (A region enters “watch” status when it has at least 10 active cases of COVID-19 and more than 50 active cases per 100,000 people.) The only communities in Alberta with watch status as of Aug. 19 were Edmonton, Mackenzie County and Sturgeon County.

The bylaw features many exemptions, and forbids people from harassing anyone for not wearing a face mask if that person qualifies for an exemption.

Anyone who is under the age of 10, unable to put on a mask without help or unable to wear a mask for mental/physical/human rights reasons is exempt from this bylaw. People caring for disabled persons are exempt if a mask would interfere with that care.

The bylaw states masks are not required while exercising, eating or drinking (either in a designated seating area or during a religious ceremony), or doing something you can’t do with a mask on (such as confirming one’s identity). People performing in a theatre or providing a personal consultation can go unmasked, provided they stay two metres apart. Masks are also optional between people separated by physical barriers.

The bylaw does not apply to schools or child-care facilities, and does not apply to employees-only places and stage areas during religious ceremonies, provided everyone in those areas is separated by physical barriers or two metres distance.

Anyone found to be in violation of the bylaw can be issued a $100 fine.

The bylaw states that its provisions shall not be invoked unless the province has placed the county under a COVID-19 watch, and shall not be revoked until the county has spent 14 consecutive days free of such a watch.

The bylaw expires at the end of this year.

Comeau argued against passing the bylaw, saying it would be a “nail in the coffin” for many businesses. He questioned if the province had compared death rates from the novel coronavirus to increased rates of suicide and domestic violence associated with recent public health restrictions, and said almost all the people he saw weren’t wearing masks properly.

“I just don’t see that the masks are doing a heck of a lot of good,” Comeau said.

A meta-analysis published in The Lancet in June of 172 studies found wearing face masks protects people against COVID-19. Health Canada and the Alberta government recommend masks as a way to help stop the spread of the coronavirus.

Tighe argued it is up to the provincial or federal government to impose a mask mandate, and that the county was “jumping the gun” by passing this law before getting additional data from the province.

If the province is not going to lead on the mask issue, it is up to the county to provide that leadership, Mayor Alanna Hnatiw said.

“Although I’m frustrated that this is being left to us to decide, I don’t think this virus necessarily acknowledges jurisdiction,” she said.

Hnatiw said it is rising case numbers, not masks, that are bad for business and public health, as they could cause the province to reinstate the public lockdown we had earlier this year.

“Sitting back and waiting to see how bad things get? We only have to look south of the border to see how that’s going,” she said, in an apparent reference to the astronomical COVID-19 case numbers in the United States.

Hnatiw called on bylaw officers to emphasise education over enforcement with this bylaw for the next two weeks, and said she would demand the province issue clear guidance on what communities should do when placed under “watch” status.

County chief operating officer Scott MacDougall said he would meet with town officials throughout the county on Aug. 21 to co-ordinate mask policies.

Visit www.sturgeoncounty.ca for details on the mask law.