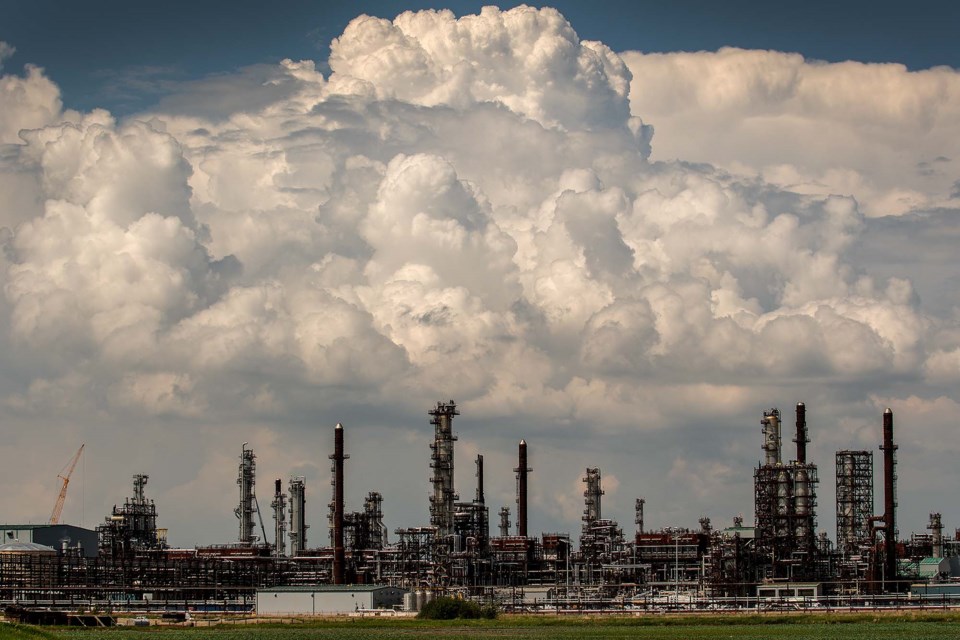 Ian MacGregor worked tirelessly for almost 20 years to build the Sturgeon Refinery, which was the first in the world built and designed to capture its CO2 emissions. County council voted July 13 to rename the stretch of road that leads to its gate after him. FILE/Photo

The road to Sturgeon County’s bitumen refinery is now named after the man who spent close to 20 years building the place.

County council voted July 13 to rename the 500 m stretch of Range Road 220 that leads from Highway 643 to the gate of the Sturgeon Refinery to Ian’s Road in honour of Ian MacGregor, president of North West Refining. The request for the name change came from Sturgeon Refinery officials.

County economic development services officer Leanne McBean said MacGregor worked tirelessly for almost 20 years to build the Sturgeon Refinery, which was the first in the world built and designed to capture its CO2 emissions (reducing its impact on global heating). He also led the effort to construct the Alberta Carbon Trunk Line which, as of March 2021, had taken one megatonne of CO2 emissions from county-area industries and trapped it permanently underground. Both projects took about 16 years to complete and created thousands of jobs.

While the process hasn’t been without bumps in the road, Mayor Alanna Hnatiw said MacGregor’s vision for carbon-capture technology now serves as the foundation for the next 50 years of energy development in Alberta.

“The opportunity we now have as Albertans to talk about blue hydrogen (hydrogen produced by fossil fuels paired with carbon capture) is an opportunity we have because of the vision you had 20 years ago,” Hnatiw told MacGregor in council chambers.

MacGregor said none of his work would have been possible without community and council support.

“If I hadn’t had help from everyone here in the last almost 20 years, we wouldn’t have made it. Do it for the next guy.”

This was the second time in five years that council had named part of Range Road 220 after a local oil and gas worker.

In 2018, council designated the 2.5-kilometre stretch of Range Road 220 south of Highway 643 that dead-ended at Township Road 560 as Dlouhy Road in recognition of former county resident Garry Dlouhy, who for 45 years served as site manager of the nearby Pembina Redwater gas-processing facility.

Both names were honorary designations — the road is still officially known as Range Road 220.