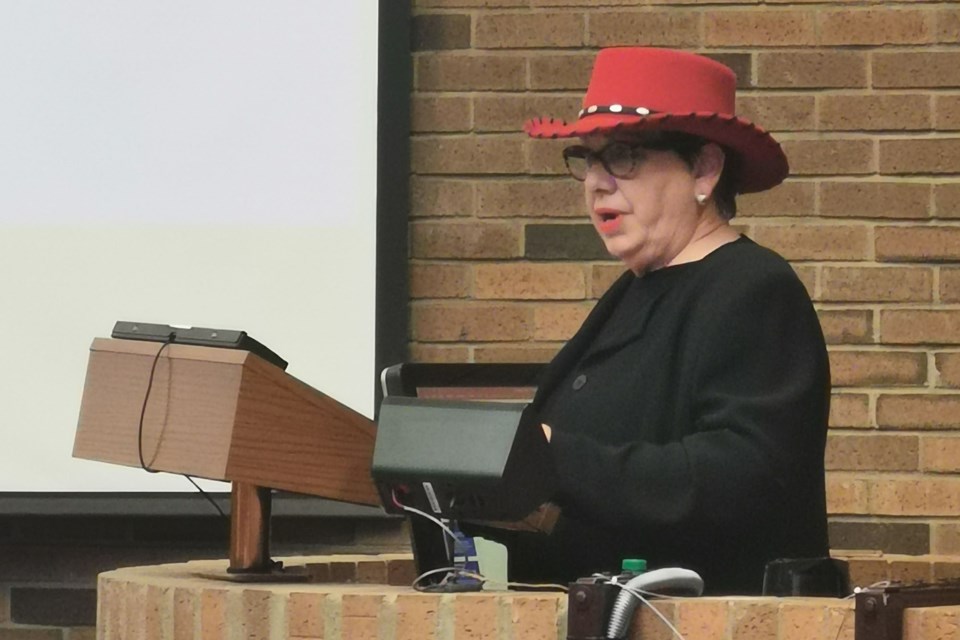 A community organization desperate for cash may have made some headway in appearing before council Monday night, asking for help to survive.

Four members of the public signed up to speak in support of the Visual Arts Studio Association (VASA) of St. Albert, including former St. Albert MLA Mary O’Neill.

The arts organization has had difficulty keeping afloat fiscally due to a series of unfortunate events, including seeing an operating grant it relies on from St. Albert slashed in half this year to $28,000. The reduction came as a result of changes to how the city funds non-profits, which city council approved last year.

VASA has also only received half its allocated grant funding from the Alberta Foundation for the Arts, and VASA president Carol Watamaniuk said it is becoming dubious whether the rest of that funding will come at all this year. VASA is currently in the middle of applying for charitable status.

While speaking to council, Watamaniuk made a request for $16,000 to survive the year, and encouraged council to also take a “serious look” at how VASA is funded, for being such a valuable organization.

“What is absolutely miniscule dollars to the city and the province is literally the difference between life and death for VASA,” she said.

VASA is a non-profit that offers space for professional and emerging artists to showcase their work, and also offers community programs for artists with disabilities.

The arts association has already dipped into its reserves, and Watamaniuk said if they do not get the $16,000 “it would be a disaster for the community.” VASA would be trimmed down to essentially operating as a rental space, she said, with no community programs and main gallery.

After discussions, Coun. Ken MacKay made a notice of motion, saying he would be bringing forward a motion within the next few council meetings to provide VASA with the requested $16,000.

In her presentation, O’Neill congratulated council for being the 2019 recipient of the Sustainability in Action award from the Alberta Urban Municipalities Association, and said she wants to request sustainable funding for VASA.

“VASA is a jewel ... a flower, if you’d prefer, in our city's cultural brand,” O’Neill said. “Cultivating a life of creativity, activity, appreciation and inclusivity, VASA is extremely important, I say integral, to the complete suite of services to our residents, young, old, abled, disabled, rich and poor.”

O’Neill concluded her presentation by speaking about a conversation between two of her grandchildren, about the necessity of paying attention so mistakes are not repeated.

“Thank you for paying attention to the value of VASA in our community, and to request you not make the same mistake again,” she said.