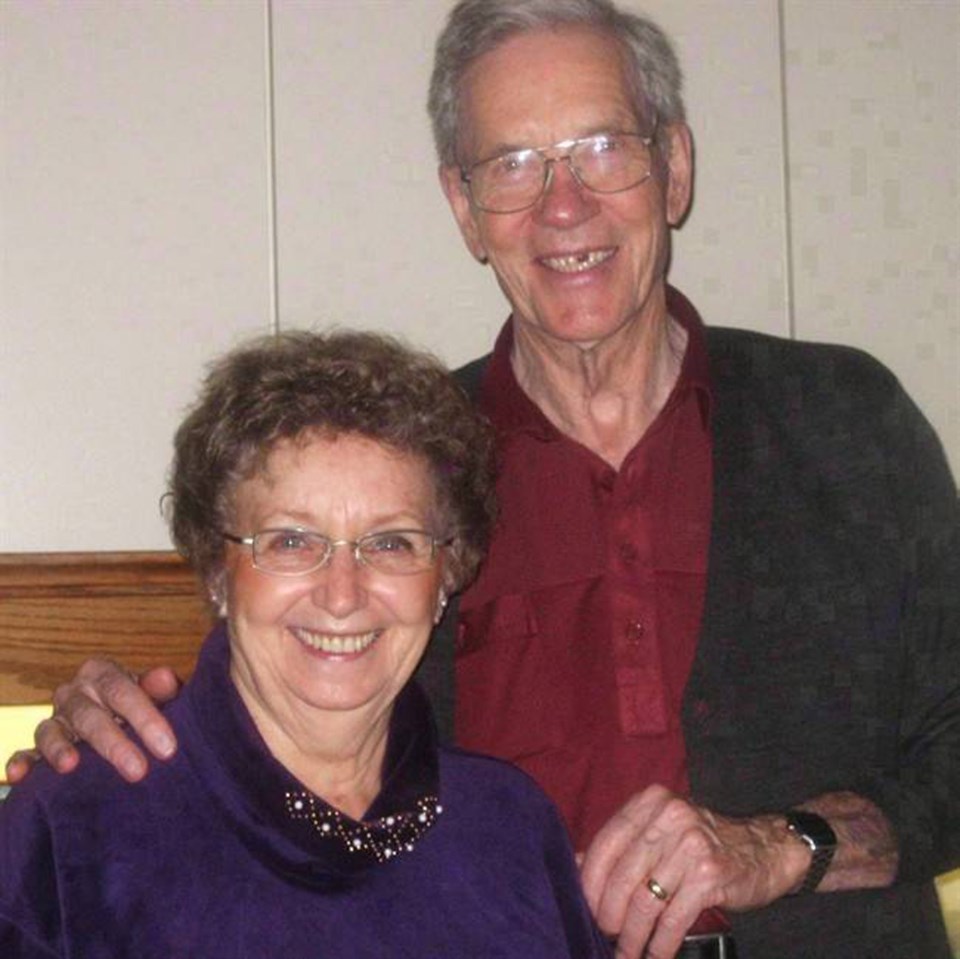 Vader was convicted of manslaughter and handed a life sentence for the killings of St. Albert's Marie McCann, left, and Lyle McCann.

On Thursday, the Supreme Court of Canada said it would not hear Vader's appeal.

“It's total vindication. It's total confirmation that he is guilty,” McCann said.

The court gave no reason for its decision not to hear Vader's case.

In May, the Alberta Court of Appeal unanimously rejected Vader’s bid for a new trial after he appealed his conviction, denying Vader another trial.

Vader’s defence team, headed by Brian Beresh, said in May they had plans to appeal the conviction to the Supreme Court.

Just days after the guilty verdict was handed down, Vader’s defence team filed an appeal of his conviction on many grounds, including the unusual amount of time it took to deliver justice. Vader’s defence cited dozens of reasons why he should have a new trial, including the length of the proceedings, their assertion the sentence was “demonstrably unfit" for the crime of manslaughter and the trial judge's original decision to find him guilty of second-degree murder.

The criminal trial for the disappearance and death of the McCanns spanned six years and finally wrapped up with a life sentence on Sept. 15, 2016. The defence team claimed the trial took too long to deliver justice, noting the famous Jordan decision which ruled cases should take 18 months in provincial court and 30 months in the higher courts, with some exceptions.

The Alberta appeal court’s decision noted it took 58 months from when Vader was charged to when he was sentenced, but said the delay was justified because of the “extraordinary” circumstances in the case.

The defence team also appealed the decision because of an error made when the judge used an unconstitutional section of the Criminal Code, section 230, and said the judge erred by declining to order a mistrial after improperly convicting Vader under the zombie law. Vader was found guilty of second-degree murder under this unconstitutional section, but the trial judge later convicted him of manslaughter.

The Alberta Court of Appeal decision notes the trial judge did not find Vader guilty beyond a reasonable doubt of intentionally killing the McCanns, but he did find him guilty of causing their deaths.

Vader is currently serving a life sentence in prison.

While it was just announced that the Supreme Court would not hear an appeal on the verdict of the case, Beresh has also appealed the sentence imposed on Vader, and the Alberta Court of Appeal is slated to hear that case next week. The Court of Appeal will reserve its decision to a later date.

“I’m apprehensive but optimistic,” McCann said about the appeal next week.

McCann will not be able to attend the appeal, as he now lives in Australia, but his brother and aunt will attend.

The McCann couple was last seen filling their motorhome with gas in St. Albert on July 3, 2010, before setting off on a planned trip to visit with family and camp on the West Coast. Their burned motorhome was found near the Minnow Lake campground, southeast of Edson, two days later. Vader, who was 38 at the time, was arrested two weeks later near Niton Junction on warrants unrelated to the McCann case.

Their bodies have never been recovered, which is something that constantly lingers in McCann’s mind.

During a trip up to Edmonton in August to spend time with family, they talked about what could have happened to Lyle and Marie, he said.

Without finding the bodies, McCann said he is still missing pieces of the puzzle of what happened to his parents. While the circumstantial evidence presented in the case paints a picture of his parents' final hours, he still has unanswered questions.

McCann said it is also important for him that Vader acknowledges what he did to the McCanns and admits he is guilty. With Vader's options for appeal dwindling, McCann said he is holding out hope that happens.

A proposed law championed by Sturgeon River-Parkland MP Dane Lloyd and named after the McCann family could help families like the McCanns get peace by requiring convicted killers to disclose the locations of the remains of their victims or face consequences.

The proposed bill, known as McCann’s Law, would create penalties for those convicted of an offence related to the death of a person or persons and who refuses to provide information regarding the location of the body or remains of the victim. The bill aims to impose consequences at sentencing, parole eligibility and conditional release applications if the location of the remains are not disclosed.

Under his current sentence, Vader will be eligible for parole in 2021, after considering his time served while in custody before and during his trial.

Lloyd introduced McCann’s Law under the last Parliament and plans to reintroduce it under the new Parliament.

“This isn’t about being vindictive and punishing criminals. This is about giving the tools to our justice system to help families get closure and give victims a dignified resting place,” Lloyd said in a press release.

McCann, who is helping to advocate for the legislation, wants to see McCann’s Law passed.

“By withholding where he left their bodies, in his sick way, Vader is able to continuously revictimize our family. And without a proper funeral and memorial, our family is unable to fully grieve and reach a measure of closure,” McCann said in the press release.

There are no current requirements for sentencing judges or parole boards to take into account ongoing refusal by offenders to share relevant information requiring the location of the remains of homicide victims.