Tails on the Trail

Dogs are not our whole life, but they maker our lives whole. — Roger Caras Last year St. Albert resident Melane Therrien decided to foster dogs that were dropped at Second Chance Animal Rescue Society (SCARS).
May 30, 2009 12:00 AM By: Anna Borowiecki 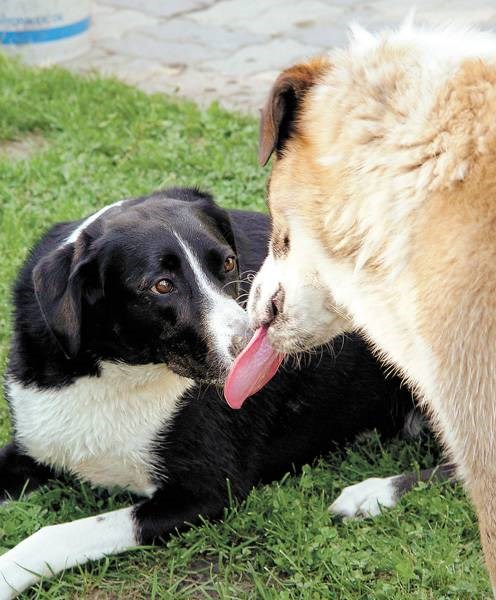 Dogs are not our whole life, but they maker our lives whole. — Roger Caras

Her first foundling was Beatrice, a four-month-old collie-cross from Calling Lake. Beatrice’s mother was a feral dog that had evaded capture, but bylaw officers trapped several of her young.

Beatrice was infected with the parasite demodex that burrows under the skin, and the puppy had developed an infection and fever. “When she arrived she sat in a corner for three days. She was so timid and scared that I questioned my decision. Slowly she got better and better. When you see them get healthy, and when a shy dog comes to greet you wagging its tail, there’s no other feeling like it,” says Therrien.

In the past year, the SCARS’ foster home co-ordinator has opened her home to 16 rescues. She is now fostering four puppies, including a black lab found at a dump in the Erminskin Reserve. The other three come from a litter of 11 after a stray mother in Tofield walked into a SCARS volunteer’s yard and whelped the pups in the cold.

Therrien is one of those doggone dedicated volunteers that have organized Tails on the Trail coming to Lions Park on Saturday, June 6 from 11 a.m. to 2 p.m.

The dog walk was originally conceived as an annual gathering for rescues, but over the years grew into SCARS’ second largest fundraiser. It now attracts hundreds of dog lovers and their pets who walk along the Red Willow Trail on the picturesque Sturgeon River. Last year the congenial walkers donated $25,000 to the registered charity.

The volunteer-operated SCARS rescues abandoned, neglected or roaming pack dogs in northern Alberta from reserves, rural areas and forestry regions. “A lot of dogs are in bad shape. There are no vets in a three-hour radius of Wabaska, a hamlet near Calling Lake. And we bring them in,” says Andrea Cairns, a SCARS director.

Bylaw officers trap the dogs running wild and turn them over to SCARS. “A lot of dogs have buckshot in them from foraging, their legs have been caught in traps and others have been hit by cars. People just hit them and leave them in the ditch.”

One of their most tragic cases was Gerry, a female that had been hit by a car and left in a ditch. Despite being paralyzed from the waist down, she dragged herself to a bylaw officer’s trap filled with food. “We do everything we can to treat an animal and when we can’t, it’s very hard on us.”

Unlike the Edmonton Humane Society that operates in a facility, SCARS has no building. It transfers its rescues to foster homes across Alberta, and works closely with behaviourists and trainers to make sure dogs are suitable for adoption.

Morinville’s Champion Pet Foods donates food. However in 2008 the society spent a staggering $175,000 in veterinary bills for 550 dogs in their care that year. All donations generated from this fundraiser will go towards paying veterinary bills.

SCARS started as a grassroots movement in 2002 with 35 dogs. It now fosters anywhere from 100 to 130 dogs at any given time. “I’m consistently amazed at how well they integrate into family life. I think these dogs are very appreciated.”

There is a planned barbecue after the dog walk and 10 adoptable dogs will be on hand. Pledge forms are available at Red Willow Veterinary, Paradise Pet Centre and Bone & Biscuit. SCARS also has an extensive website that provides rescue stories and pictures of adoptable dogs. Check out www.scarscare.org.