Teacher of the old ways

Hazel McKennitt's father never went to school. It was her grandfather's choice, McKennitt says. "He said he would not allow his son to go to school because we would lose all of our culture.
May 20, 2009 12:00 AM By: Kevin Ma 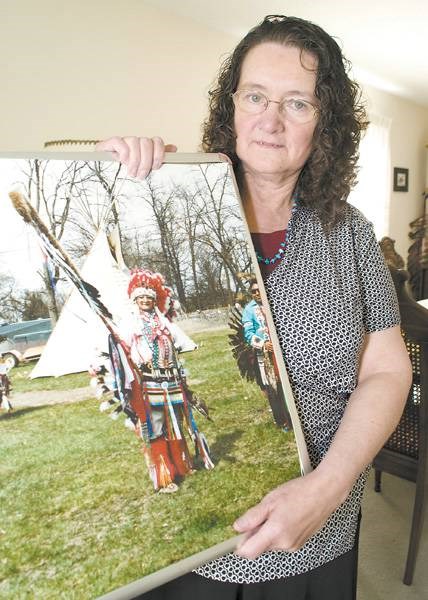 It was her grandfather's choice, McKennitt says. "He said he would not allow his son to go to school because we would lose all of our culture." Still, her father made sure his daughter got a proper education, teaching her to speak Ojibwa and other First Nations traditions.

McKennitt, a St. Albert resident, went on to teach others those traditions in Edmonton's public and Catholic school districts. St. Albert Mayor Nolan Crouse presented her with an Esquao Award last Saturday for her efforts.

The Institute for the Advancement of Aboriginal Women gives out these awards each year to recognize the achievements of aboriginal women in Alberta, says president Muriel Stanley Venne. "Aboriginal women face poverty, isolation and discrimination no matter where they live," she says, yet are often the centre of most communities. "The fact that they succeed is a miracle."

McKennitt is an excellent role model for others through her career and volunteer work, says Crouse, and well deserves this award. "It's another indication of us having good leaders in the city."

McKennitt, 61, was the youngest of seven children born to Noah and Veronique Beaulieu and grew up on the Sandy Bay First Nation in Manitoba. They didn't have electricity until 1956, she recalls; running water arrived in 1968. Her father spent his days hunting and trapping, while her mother managed the reserve's only phone. "She was the person everyone always went to," she says.

McKennitt says she spent her summers cutting hay, milking cows and riding a horse and wagon into town. The rest of the time she spent at the local residential school.

"It was bad, but we were not as badly treated as some," she says of the school. "We weren't allowed to speak in our language, but we were allowed to think it." Her parents always spoke Ojibwa to her at home, and made sure she understood their traditions.

After earning her bachelor of education at the University of Manitoba, McKennitt came back to Sandy Bay to teach, becoming the first teacher to actually come from the reserve in the process. "When I first went into the class I spoke Ojibwa to the students, and they didn't know how to respond." She sent the kids home with vocabulary lists, and they started to learn.

After moving to St. Albert in 1970 with her husband, McKennitt taught kindergarten and Grade 1 at Edmonton's Our Lady of Peace school. (One of her students was Ron Morin, current chief of the Enoch First Nation.) Then-superintendent John Bourossa asked her to set up a native education program for the district. "I was handed a blank piece of paper and told, 'Do something!'" she says.

She brought in parents and elders to teach students beadwork and legends, hoping to cast aboriginal heritage in a positive light. It worked, and the successful program is still running to this day. She now helps run a similar program for the Edmonton public district as a consultant.

McKennitt was also nominated for her community work, according to her citation, which includes many years with the Native Friendship Centre, Edmonton Food Bank, St. Albert Youth Justice Committee and the Friends of the Geographical Society of Alberta.

"I strongly believe that we have to go mainstream," she says, which means putting native culture into the classroom. "We have to learn our languages and be proud of them."