The extraordinary first and second lives of Al Alain 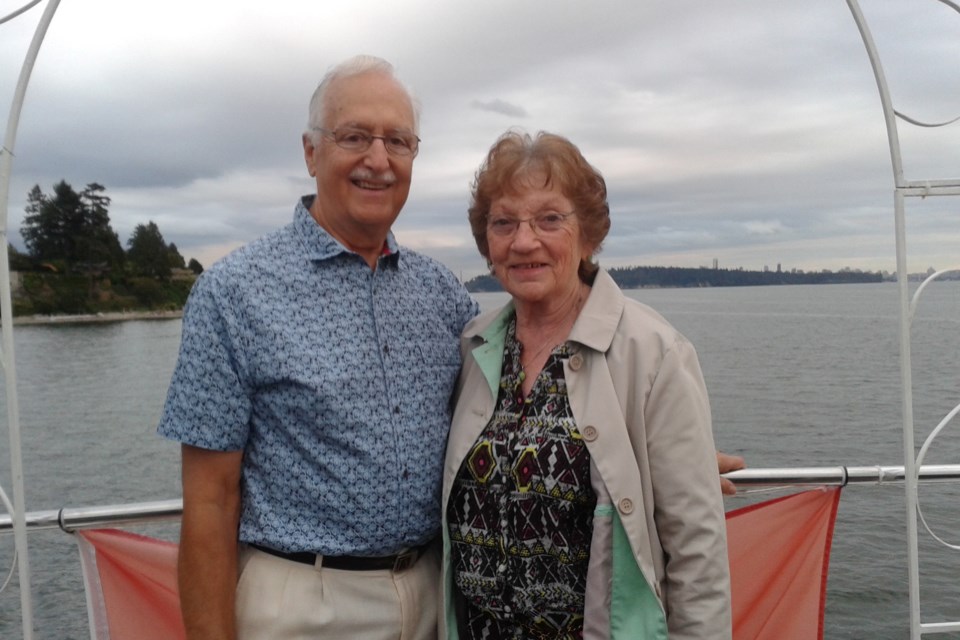 It’s one thing to want your kids to be in sports but it’s another thing entirely when that desire leads a person to establish the league for it. That’s just what Al Alain did for his family during his first life. That's just the kind of guy he was.

Alain, 77, passed away suddenly at his British Columbia home on Jan. 3, right after a glorious holiday season. While he lived in this city, however, he established a ‘mini’ sports legacy that continues to this day.

“He was very active in the world. He wasn't content on just being a spectator. He was there every game,” offered Phil Alain, one of Al and Helene’s three children, noting how important his father was to his and his brother’s baseball, hockey and soccer lives. “He was just involved in all the sports we played.”

Al Alain would coach when needed and was their biggest cheerleader, Phil continued, but being on the sidelines was not really his style.

When Al asked his daughter Corinne was sport she was interested in, basketball was the first thing that came to mind. The big problem was there was no league for her. That was no problem for Al who started up the Knights of Columbus mini-basketball league.

“He founded that league just so he could give Corinne a chance to play a sport. He started the whole league up for her.”

That league stills exists today, a fine testament to not only the man’s love of sport but mostly for the love he had for his family.

Alphonse Alain was born in Red Deer in 1942 and married Helene as a young man. They marked their 50th anniversary just a few years ago. It was a union that provided a household of laughter and music with the gregarious man leading the family in song. There was a lot of singing in that house.

“That was his life. I joke that that they probably would have liked our family be like the Von Trapp family. My mom and dad sang everything. Even when they were giving us heck, they were singing a song to us doing it.”

He believed that the Knights should be singing in the church as well. In true form, he started up the Knights of Columbus Choir, which Phil confirmed is still lifting spirits after 20 years. When he wasn’t giving joy a voice there, he was involved with the Gentlemen of Fortune Chorus in Vancouver and a popular quartet called Ringers.

He was an inspiration for all that he did, Phil said, and was a great guy to have as a role model.

Al Alain also caught the acting bug when he performed on stage alternately as Peter and Thomas in the play Love According to John but that was during his second life.

These were some of the things that kept the former AGT worker in the public eye. In private, however, he nearly left this world because of a strange illness nearly 25 years ago.

“He was a walking miracle because they never knew what was wrong with him,” Phil continued.

There’s really no explanation for what happened. He became quite ill with something that started out like a cold but progressively got worse and worse until he ended up in hospital in a coma. None of the medical tests could determine the cause and things did not look at all promising. He had deteriorated so much that the family was advised to make sure that all of his affairs were in order.

According to Phil, his dad said that he had a dream while he was comatose.

“Basically the story he tells us was that he was given a choice to stay or go. He chose to stay.”

With no real improvement in his health and definitely none of the doctors' blessings that he was checking himself out of hospital, Al Alain got out of bed and went home and somehow got better. Whatever it was went away.

That was before he had grandkids, before his children were even married. He chose to stay and in doing so got to watch all of these things happen. Sadly, he also outlived Phil’s wife, Amy, who lost her fight with cancer just last year.

“This is just my own belief system, take it as you will, but before Amy passed away she said that we have to get all of our family together once out in B.C. None of our cousins had ever been together before. For the first time ever, our whole family went out to B.C. for Christmas, and it was the perfect finish.”

A memorial mass will be held at 11 a.m. on Saturday, Feb. 1, at Holy Family Parish. In lieu of flowers, donations can be made to Amy’s House (amyshouse.ca).