The future powers up 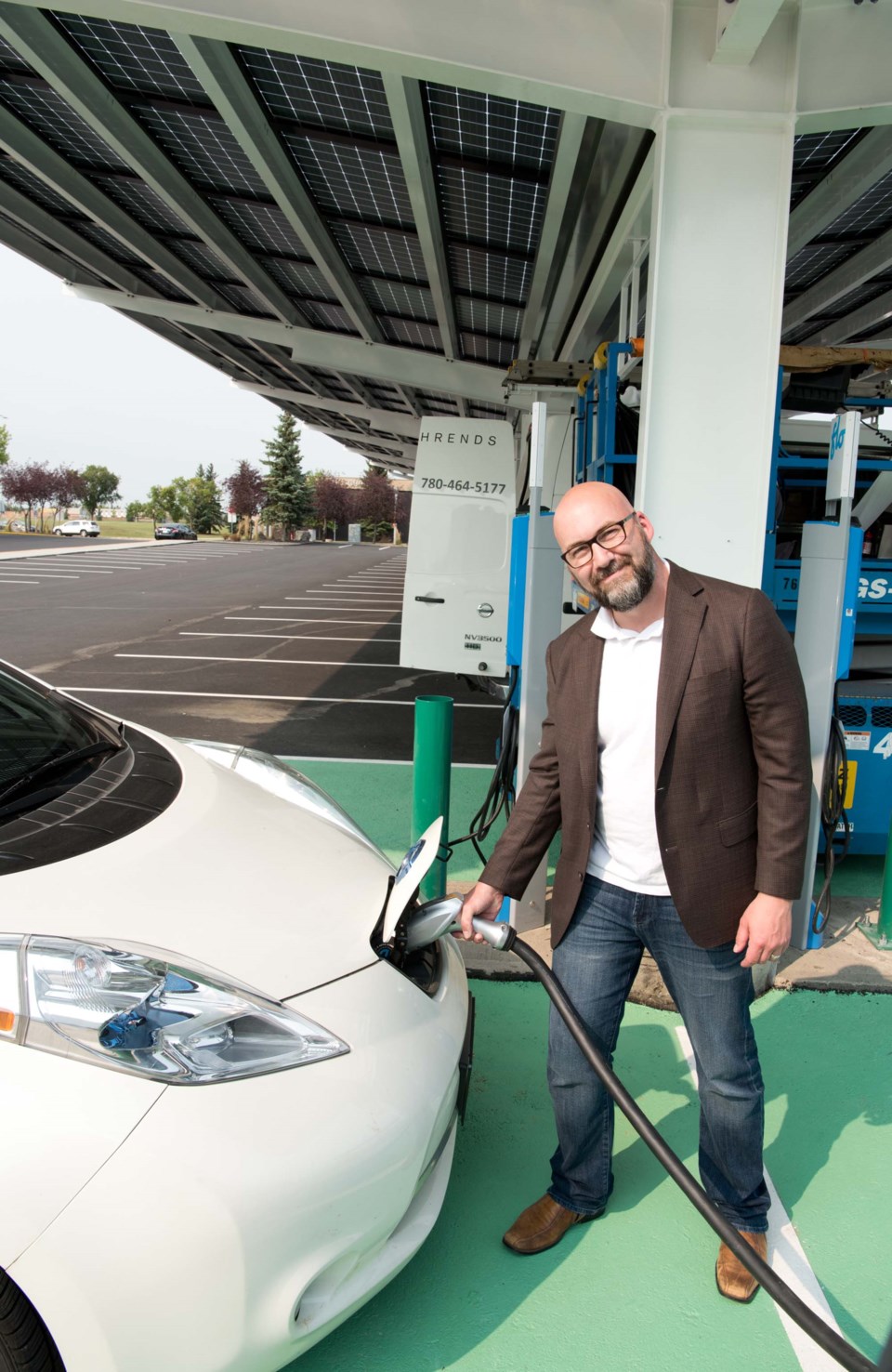 The Telus World of Science Edmonton is hosting a panel discussion on the future of energy May 19. Experts say Alberta can expect a move toward solar energy and electric cars as the world acts to prevent dangerous global heating. KEVIN MA/St. Albert Gazette

Albertans can gain new insight into how they will power their cars and homes next week as part of a panel discussion at the Telus World of Science.

Edmonton’s Telus World of Science is hosting an online panel on the future of energy May 19 as part of its regular Science on Tap series.

Science on Tap is typically an adults-only event where guests hear from experts on a topic in a community bar, said Telus World of Science staff scientist Cate Collins. The event has moved online due to the pandemic.

Alberta’s energy use is contributing to drastic changes in our climate due to greenhouse-gas emissions from fossil fuels, Collins said. That has sparked a global move away from oil and gas and toward no-carbon energy sources. The Telus science centre is getting in on the act by putting 96 solar modules on its roof, which should produce enough power to energize six homes.

Collins said guests at the upcoming panel discussion will hear speakers talk about how the ways in which Albertans use and produce energy are changing, followed by a Q&A session.

Panelist Neelakshi Joshi of the University of Alberta’s School of Urban and Regional Planning said she plans to talk about her research on how community leagues could encourage people to get into renewable energy production.

Joshi said cities could play a major role in Canada’s energy transition, as they have 80 per cent of the country’s people and produce about half of its carbon emissions. At the same time, they also have much less ability to affect change in terms of legal and monetary power.

“COVID has been a very interesting time, particularly in terms of transportation,” she said.

Many people have switched to working from home, which has reduced their need to run gasoline-powered cars, Joshi said. This could lead to a permanent drop in transportation-related carbon emissions if those people continue to telecommute to work once the pandemic ends.

City of Edmonton climate resilience director and St. Albert resident Mark Brostrom said he plans to look at the future of energy from an individual’s perspective during the panel.

“Even today, you can go out and buy a net-zero home,” he said as an example, which would not only reduce your need to use energy, but could also serve as a source of it through rooftop solar panels.

Those efficient homes should be more comfortable, as they would have fewer leaks, Brostrom said. They should also be “smarter,” equipped with systems that show the home’s energy use and production in real-time. Just like a fitness app, that real-time feedback could help change behaviours to encourage more efficient energy use.

“The future of energy will include people in a much more active way,” he said – instead of just paying a utility bill once a month, we would be producing energy in our own homes and tracking our use of it every day.

Brostrom predicted a greater shift toward electric cars and active transportation, as well as an increase in construction jobs as more people do energy retrofits of their homes.

Brostrom said Edmonton was converting its bus fleet to electric and offering a grant for electric vehicle owners to install car chargers. Communities would also have to consider measures such as Clean Energy Improvement Programs to help residents find the money to do home energy retrofits.

Collins said Wednesday’s panel would also feature Pierre Mertiny of the U of A’s mechanical engineering department, who would discuss energy storage and flywheels.

The talk runs from 7 to 9 p.m. on Zoom. Tickets are $5 per household. Click here for details.