The new driveway to discover is rubber 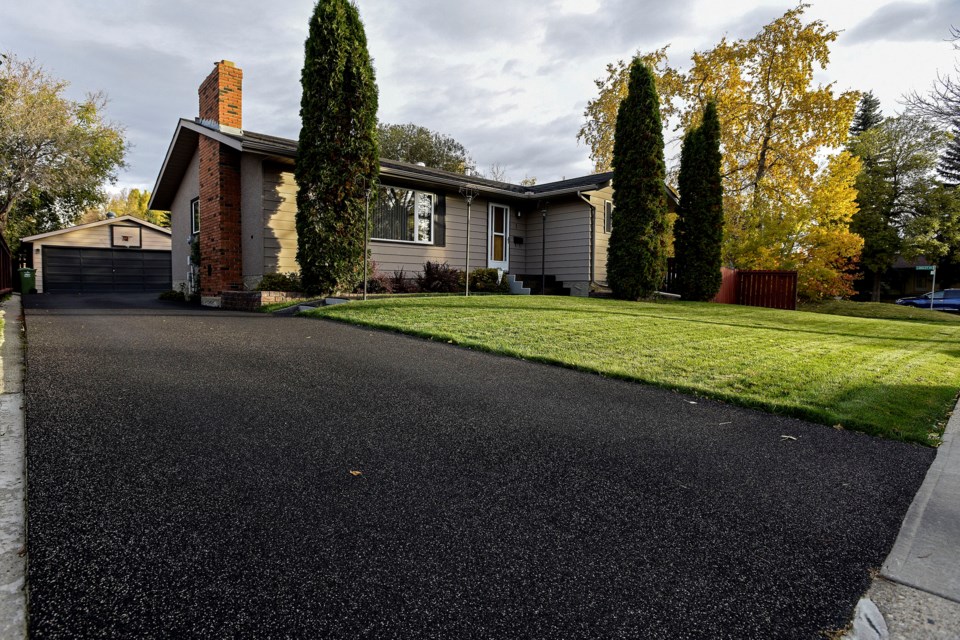 Tired of parking your car on cracked concrete or that old asphalt that is more ash and loose rock than the solid surface that it once was? “If only there was another option,” you think.

As it turns out, there is another option. Rubber driveways have started popping up all across the city and their popularity is growing for a number of very good reasons. You could just ask Heather and Fred McKinnon, who had theirs installed three years ago by Rubberon, one of several businesses that offer the product.

Fred said his old drivepad needed to go. The McKinnons live near a school, he explained. The city salts the road heavily to ensure safety for the kids in the wintertime. After picking up or dropping off their kids, many parents turn in and out of his driveway.

“What was happening is all the top of my driveway was being eaten off by salt. Salt does not like cement,” he said.

He asked up and down the street and found one contractor already working up a new concrete pad for a neighbour. That contractor came over to provide a quote for him too. The price tag of $33,000 made him think twice.

That’s when he chatted up another neighbour with one of these new rubber driveways. It looked pretty nice. The neighbour told Fred how much he liked it and why, so Fred called the company up for a quote on that. It was approximately half the cost of the cement pad. If that didn’t immediately seal the deal for the McKinnons, then everything else about having a rubber driveway did.

“Salt will not bother rubber,” he started, repeating what the contractor told him. “I asked him a whole bunch of questions about cleaning it in the wintertime. He was very thorough. He explained how rubber works and what will bother it and what won't.”

You must not use any metal snowshovels, only plastic, he averred. You also want to be careful to not spill gasoline or other solvents that might affect the adhesive being used to hold the rubber down.

“It's laid down right over top of the concrete,” Heather pointed out.

“If you have a broken driveway or anything like that, it doesn't matter,” Fred added.

“They just level it all out and it's like brand new,” Heather said.

Not having to remove yards and yards of old concrete helps keep the installation cost down, too. If there ever was a problem section of the rubber drivepad, it could simply be cut out and new material could be poured in to make it good as new again.

He noted there’s an added benefit to having a smooth rubber driveway instead of a broken concrete one: his shoulders don’t hurt from the shovel catching all of the uneven edges. In fact, his rubber driveway doesn’t have any edges at all.

“When it's laid down, it's one piece: there's no seams, there's nothing to catch anything on.”

After that first summer, he received a visit from another neighbour who wanted to do some of her own research before redoing the patio in her backyard and her front steps. This inspired the McKinnons to redo their own front steps. They’ve always been concerned about the amount of ice that accumulated there.

Ever since they had that done, their concerns for people’s safety have been largely put at ease.

“My house faces south with the least little bit of sun, and there's no ice anywhere on that practically. It's just great that way,” he said.

According to Rubberon’s website, their product provides extra traction and is also highly durable for Canada’s tough winters. The material resists cracking during freeze-thaw cycles. It's also an environmentally sound option since it’s made from recycled tires.

On top of all of that, the McKinnons agreed their new driveway and front steps sure do look smart, too.