The night that changed everything

Bond speaks out for the first time since the deadly 2015 RCMP shooting
Jul 16, 2020 9:00 AM By: Jennifer Henderson, Local Journalism Initiative reporter 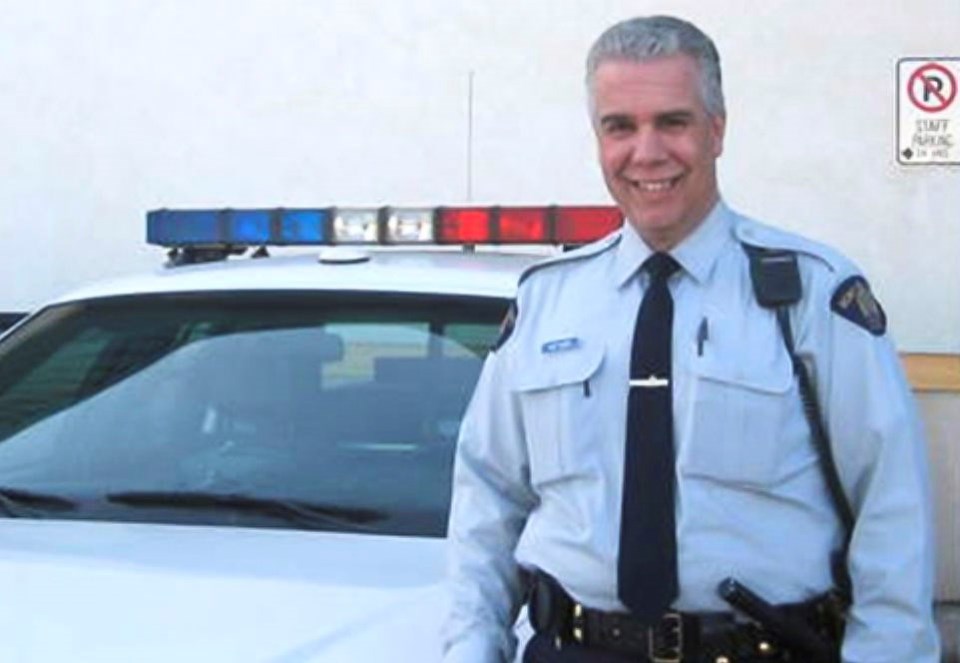 Bond is speaking out for the first time since the incident, sharing the massive impact that single night has had on his life, with the Gazette.

“I'll never be the same. I’ll never go back to being the old me. It’s completely changed me. I have to live with it. I have to deal with it,” Bond said.

Bond was working alongside Const. David Wynn as an auxillary constable when they were both shot by Shawn Rehn, a man with a long criminal record who was out on bail.

Wynn died from his injuries, while Bond survived.

Every relationship in Bond’s life has been impacted since he was shot alongside Wynn. The trauma he faces prevents him from holding a job or going into crowded spaces without being reminded of the shooting.

Despite the impact the incident has had on his life, the retired auxiliary constable was snubbed from receiving the Governor General’s Medal of Bravery, although the award has been given posthumously to Wynn for his actions that night.

Shelly MacInnis Wynn, who is the widow of Wynn, said the moment her husband was recognized was bittersweet for her.

While she said she is honoured her husband received the award, she believes Bond should have also been recognized for his sacrifice that night.

She submitted Bond’s name for the award, but he did not receive it.

“What I'm really upset about is that Derek is not receiving a medal of bravery for everything he did that night,” MacInnis Wynn said.

'I'll never be the same'

Bond’s entire life has changed since the shooting.

He had to retire early from work at the age of 50 because of the incident.

He tried to start working again by selling material handling equipment, but said he couldn’t handle being in confined spaces.

“I went back to work for a few months but I started having breakdowns. I couldn't talk to people. I couldn't go into warehouses. And I’m still like that,” Bond said.

He eventually went onto Workers Compensation Benefits (WCB) which meant his income was cut in half, years before his planned retirement.

Since the shooting Bond still doesn’t like going into crowded places.

“I don't like crowds. I don't like going to places I don't know unless somebody is with me. There's a whole gamut of things that run through my head. I am still very leery of my surroundings.”

Bond also tried to go back to being an auxiliary constable after that fateful January night five years ago, but memories of the shooting proved to be too much.

“I actually tried to go back into a police car and I couldn't do it. Yeah, I had some bad episodes and said ‘I gotta get out of this car.’”

Now Bond does a lot of things alone.

After a lifelong fascination with policing, Bond became an auxiliary constable in 2008.

When he found out about the auxiliary constable program, he jumped in with both feet, working every Friday and Saturday night with the RCMP.

Over the course of a year, he would rack up more than 1,000 hours with police.

“I was a part-time member that did more hours than some of the regular members,” Bond said.

“I absolutely loved it. It was my passion. I looked forward to it on Friday and Saturday nights with the guys and girls. It was awesome. They were my brothers and sisters.”

After seven years as an auxiliary constable, Const. Denise Caissie sent Bond to the former Apex Casino, now known as the Century Casino in Campbell Park, on the night of Jan. 17, 2015.

Bond was sent to check on Wynn because the radios didn’t work and they hadn’t heard from the police officer.

Inside the casino Bond and Wynn were confronted by Rehn, a man they were pursuing over a stolen vehicle. Bond was shot first.

After Bond was shot, Rehn shot Wynn in the head at close range. He died from his injury four days later.

“I remember the security guard taking off my jacket and telling me I’ve been shot,” Bond said.

Bond immediately tried to radio for help and realized the radios weren’t working. After the security guard and patrons of the casino rushed to help them, Bond called his wife from the casino floor.

He was rushed to the hospital but was released that evening, still in shock.

After having to retire early from his job because of the incident, Bond stayed in the Edmonton area for a year, but being close to where the shooting happened proved to be too difficult. He moved back home to Victoria with his now-estranged wife to be closer to family and friends.

Bond chose not to participate in the fatality inquiry that was held looking into the death of Wynn and Rehn last year, as he said it brought up too many emotions.

For Bond, being part of such a high profile shooting has been hard. As soon as he began to feel a little better, he would read something in the media from the event and he was transported back to the moment.

“You just don’t get a break,” Bond said.

“It rips open – all the emotions go raw again.”

Along with the psychological trauma Bond suffered that night, he also still has fragments of the bullet inside his body and cannot do strenuous activities with his arm that was shot.

For that great sacrifice Bond made and the trauma he lives with, MacInnis Wynn said he is just as deserving of the medal of bravery as her late-husband Wynn is.

MacInnis Wynn put Bond’s name forward for the award and wants him to receive recognition for putting his life on the line.

“He has to suffer a lifetime of living with everything that has happened to him, and that those are things that will never leave his mind and his heart and he'll have to deal with those things for the rest of his life," she said. "This is something that he greatly deserves.”