Dozens of St. Albertans are upset by the prospect of pot shops setting up in their neighbourhoods.
Oct 12, 2018 12:00 AM By: Dayla Lahring 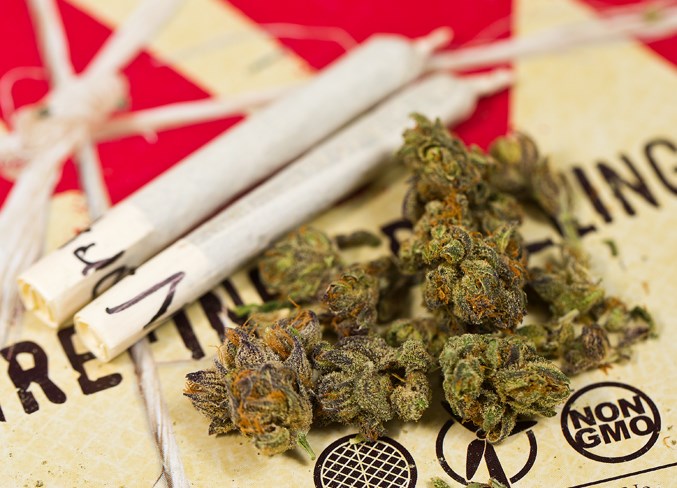 Pot retail has proved a contentious topic in St. Albert, where residents are appealing development permits for three stores.

Dozens of St. Albertans are upset by the prospect of pot shops setting up in their neighbourhoods.

More than 25 residents filled council chambers Wednesday evening to oppose three planned locations, with nine residents making their case to the city's subdivision and development appeal board for why the board should overturn the retailers' development permits.

The locations in question include The Wanted Leaf at #170, 50 Thomas Street, Campbell Park Cannabis at #10, 17 Boudreau Road and Rocky Mountain Roots at #330, 5 Giroux Road.

Gordon Kroeker, who spoke on behalf of appellant Patrick Makinson against The Wanted Leaf, said residents in the area are concerned about people smoking weed on site. The Wanted Leaf is eyeing a space only a few doors down from DJ’s Lounge. Residential condos sit atop the business strip.

"Patrons of the bar come out and they start to smoke, the second-hand smoke wafts up into the people's apartments," he explained, adding it's common for patrons to smoke up outside the restaurant.

Cindy Pearn, who owns two apartments at St. Thomas Manor, is worried about how the store would impact living in the area. Her two units are directly beneath the proposed cannabis store.

But owner Tammy Formoe, who also owns Saint City Vapes, rebutted claims that the drug would be smoked in the area.

“We do respect the building, as the other owner is a resident in St. Thomas,” she explained.

Residents were also concerned about hours of operation. Provincial rules allow cannabis stores to be open until 2 a.m.

Formoe said the store would mostly follow the same hours as DJ’s Lounge, closing at 10 p.m.

While many people don’t want cannabis in their backyard, one resident worries industrial districts in the city will become dumping grounds for cannabis stores.

Kathy Burry, condo board member of 17 Boudreau Road, said having a cannabis store on the business strip would bring down the value of the building.

She also voiced concerns over the current clientele that visit the area. According to Burry, a vape shop in the building has increased foot traffic from unsavoury customers, who smoke in their cars and litter in the parking lot.

“We have paraphernalia all the time left out on the site, they’re little filters that are left, that are metal, people can run over,” Burry said, adding disrespectful customers had hit her car a few times.

Zane Yachimec, owner of Campbell Park Cannabis, said the store would not become a stomping ground for stoners.

“It’s not like it’s a place where you can come and sit for an hour and a half, take up a parking spot,” he said, adding that the store would be professionally designed with no advertising in its storefront.

According to Yachimec, parking stalls will have a five- to 10-minute limit and the store will monitor any loitering.

Burry told the appeal board that the pot shop violated the condo’s bylaws, which allows the board to decide what businesses are allowed to come in.

When the board saw the application for the cannabis store, they rejected it. But now that the city has approved a development permit, Burry said it’s contravening bylaws already set in place.

Property owner Alex Iskander said he doubts her argument has any teeth.

He said under the Condominium Property Act, the store would be allowed in the space. If bylaws go against the act, he said rules outlined in the provincial legislation will stand.

Rocky Mountain Roots had six appeals filed against it.

Deerbourne residents argued the store broke city bylaw rules that buildings within a commercial corridor – the district in which the cannabis store would open – must be 6.5 metres away from any residential districts.

According to residents, the store is six metres away, separated by an alleyway they say is commonly used by people smoking and drinking alcohol.

Property owners can be granted a variance from the separation distance set in the bylaw, but the city didn’t know whether the building at 5 Giroux Rd. had been granted one when it approved a permit in 2006.

There are also no rules separating cannabis stores from residential properties.

He asked the appeal board to consider how a pot shop would impact residents and other businesses in the shopping area.

After the appeals had been heard, a large group moved into the hallway of the building where disagreements continued. One person told the retailer that they did not want them in the area.

Ryan LeGassick, who owns Rocky Mountain Roots, said he tried unsuccessfully on multiple occasions to speak with the condo board that owns the building he’s trying to move into.

While he knew an appeal had been filed against the location, he didn’t find out there were actually six until Wednesday.

“I was somewhat surprised,” he said in an interview. “A lot of them were really passionate arguments about personal preferences.”

The appeal board will have 15 days to make a decision on all the appeals.