There were 11 thefts in September and five thefts or attempted thefts so far in October.
Oct 19, 2019 2:00 PM By: Jennifer Henderson, Local Journalism Initiative reporter 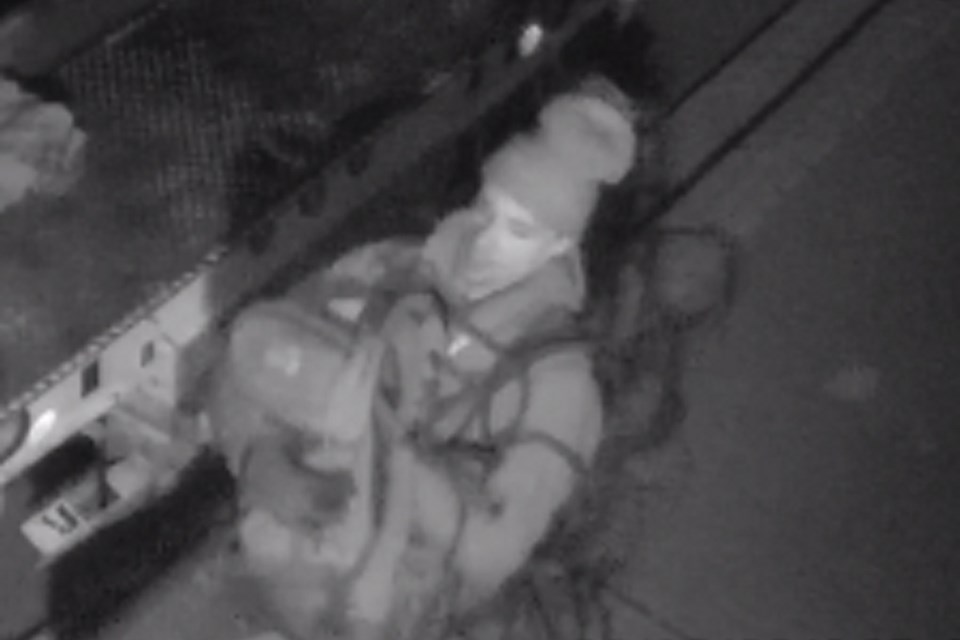 This surveillance photo shows someone hauling away a catalytic converter from a vehicle. RCMP/Photo

A spike in catalytic converter thefts has prompted the RCMP to issue a public warning.

In September, the St. Albert RCMP received 11 reports of catalytic converter thefts. So far in October, there have been five reports of the part being stolen from vehicles, with three thefts or attempted thefts happening within the last week.

St. Albert RCMP spokesperson Cpl. Laurel Kading said there is possibly somebody or some people comfortable in the community who are committing the crimes.

Kading said for an experienced criminal, the thefts don’t take very long. They involve thieves sliding under vehicles and sawing through piping, which means trucks, vans and SUVs are more at risk as they are easier to crawl under. However, Kading noted several smaller cars had been targeted, including a Chevrolet Cavalier and Pontiac Sunfire.

“I think if you know what you're doing and maybe you've been doing this before, I think if you've got the right tools, you could probably do this in a matter of minutes,” Kading said.

The parts are being taken both day and night. RCMP say they have been taken from vehicles parked overnight, for a few hours or in shopping malls, store parking lots, in front of closed businesses and in industrial areas.

One of the more recent thefts happened on Thanksgiving weekend, when a grey 2005 Honda CRV left in a staff parking lot at the Sturgeon Community Hospital had its converter cut out.

Kading said three reports came in this week, with one attempted and two successful thefts from vehicles parked at the Fountain Park Pool Wednesday. The incidents occurred between 10 a.m. and noon.

“One actually had the catalytic converter cut out of it, and the second one, someone noticed a person under a vehicle, so the person kind of got interrupted and left but has damaged the muffler pipes.”

On Sunday, there was another incident reported where the converter was cut out of a vehicle parked at the mall.

Kading said the parts contain expensive metals that criminals sell for a profit, but the owner of the damaged vehicle incurs a hefty repair bill.

To help prevent thefts, Kading recommends drivers park in well-lit areas when possible. The RCMP suggests parking in the garage rather than outside.

Kading said when entering a public building, drivers should park close to entrances or close to roads so there are more eyes on your vehicle.

The RCMP are asking the public to report any suspicious behaviour.

If you have information about this crime and would like to remain anonymous, contact Crime Stoppers at 1-800-222-TIPS (8477), online at p3tips.com, or with the P3 Tips app.