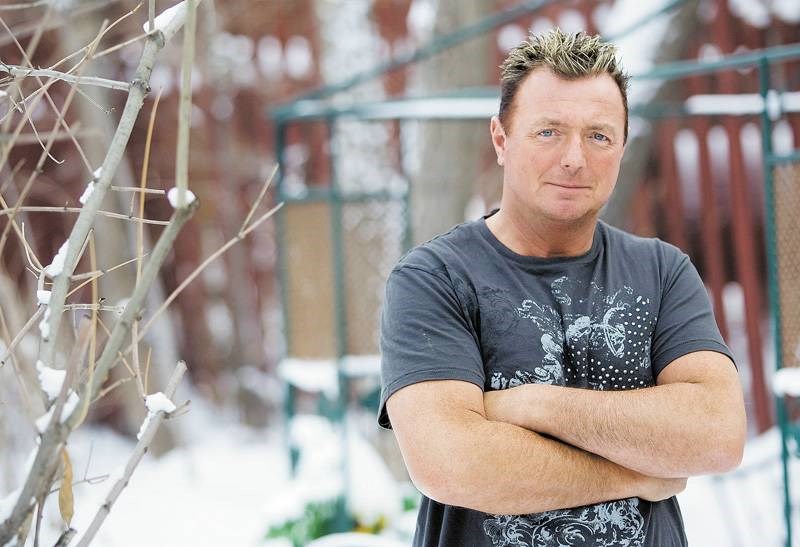 Many associate Christmas with family gatherings at home. The tradition might include, but is not restricted to, the following: huddling around a warm fire, gripping a warm beverage, frolicking in the snow, wearing unfortunate sweaters and wishing to be someplace warmer.

For others, the holiday tradition can include bailing out on the cold Alberta winter and leaving behind more mainstream Christmas experiences in favour of a holiday in a warm, sunny place.

For Peter Clark and his family, that tradition began seven years ago when they made their first trip to Mexico over the holidays. Now it's a firmly entrenched tradition.

"I can't see a day where I would want to stay here. I need the break," said Clark, 47. "I don't think I could get through a winter without doing it. I just look forward to it so much."

The Clarks' family tradition started because they were having trouble getting time off to travel at other times of the year and they were also running out of things to buy each other for Christmas. The couple asked their then pre-adolescent boys what they would prefer, taking a vacation or getting more stuff they didn't really need.

"They wanted to go on vacation," Clark said.

Originally from Britain, he and his wife don't have a lot of extended family here, which makes it easier to get away at this family-oriented time of year. Clark thinks people with large families feel they have to stick around even if they'd rather not.

"Usually what people say is, 'I would love to go but no way would I get away with it – I've got grandkids, I've got family,'" Clark said.

But many in the travel industry say growing numbers of people are using holiday trips as a way to connect with their extended family rather than viewing these holidays as an either-or equation.

"We have more multi-generational travel going on," said Nikola Berube, sales director for AMA Travel. "People are connecting in a different way on a vacation."

Demand for holiday travel packages is remaining constant but the mix of people travelling is changing, agreed Stephen Hennigan, owner of Cruiseshipcenters in St. Albert.

"A lot of people just take their family with them," he said. "We've been noticing it a lot more over the last year."

He knows of extended families who gather every holiday season on a cruise ship then scatter to their respective homes all around the country when the trip is done.

"The cruise lines know that. They're putting in more family type staterooms, bigger staterooms and more sleeping accommodations in the rooms," Hennigan said.

For some people, the thought of taking a vacation over Christmas may seem unnatural, like a violation of some sacred taboo. But many find Christmas and vacations to be a natural fit because kids are out of school and work time is easier to book off. Travelling to a warmer place is also appealing.

And you don't necessarily leave Christmas behind because cruise operators do their ships up all "Christmasy," Hennigan said.

"It's very busy. Sometimes it's hard to get an all-inclusive resort or cruise over that period because people like to be away," he said.

St. Albert's Airline Ticket Centre gets a lot of repeat customers for Christmas travel, said manager Judy Padlesky. Some travellers start booking in the summer but most activity ramps up in October. Sunspots like Mexico, Hawaii, Jamaica and the Dominican Republic are by far the most common destinations.

"Once people do it then they're comfortable with going away over the Christmas break," Padlesky said.

For Clark, the seasonal traveller, jetting off somewhere sunny and warm on Christmas has become so routine that the experience has lost much of its novelty, but he still fondly remembers that first trip south.

"We got there about 3 o'clock on Christmas Day," he said. "At 4:30 we were sitting on a beach eating shrimp, drinking a marguerita. That was a pretty nice feeling."