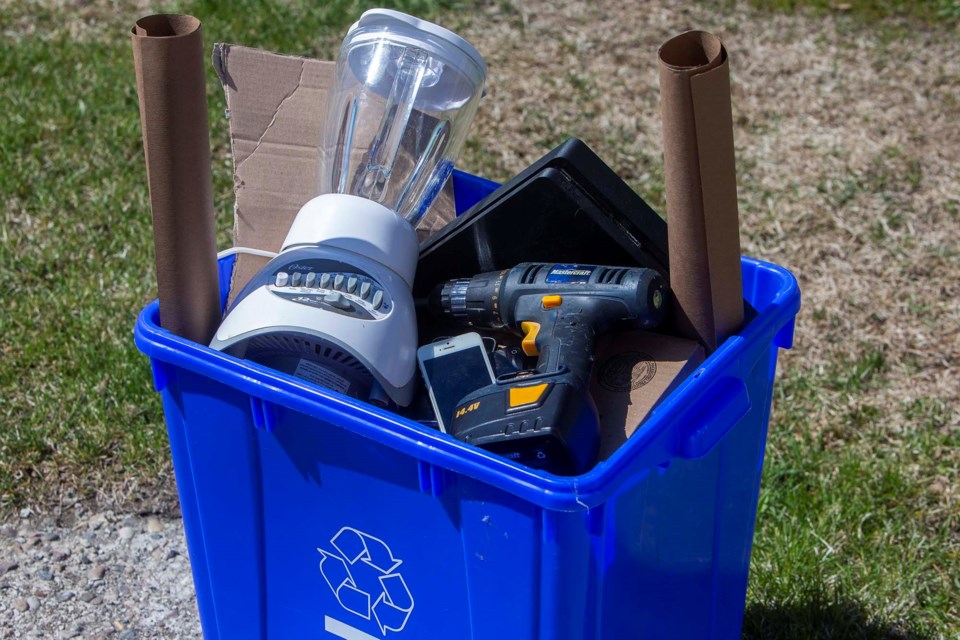 St. Albert is dumping about a hundred buses of electronic waste in the bin each year, a United Nations study suggests, and missing out on its share of some $57 billion worth of treasure.

The report found the world junked a record 54 megatonnes of electronic waste in 2019 – equivalent to 350 cruise ships the size of the Queen Mary 2. E-waste weight is poised to reach 75 megatonnes by 2030, making it the fastest growing form of domestic waste on Earth.

St. Albert’s 2018 Report on the Environment suggests just a fraction of that waste was recycled, with roughly 102 tonnes of electronics and fluorescent/LED bulbs intercepted at the city’s recycling depot. The UN report found about nine per cent of North and South America’s e-waste was recycled, compared to about 43 per cent of Europe’s.

That e-waste is an “urban mine” of iron, copper, gold and other valuable materials that’s currently going untapped, the report found – we’re currently recovering just $10 billion of the $57 billion available. That waste also adds many megatonnes of global-heating pollution and kilotonnes of mercury and other toxins to the environment each year.

“Everything we have nowadays is in some ways electronically based,” said Christina Seidel of the Recycling Council of Alberta, and much of it is tough to recycle or repair.

One solution is right-to-repair legislation, which requires companies to release manuals and replacement parts so people can actually fix busted electronics, Seidel said. We also need to convince companies to make products that are easy to repair or recycle, and encourage consumers to recycle their old electronics instead of hoarding them.

Seidel said Alberta also needs to expand its electronics-recycling program so companies would have financial incentive to recycle.

“It’s not just about computers and TVs anymore,” she said, referring to the narrow scope of the current program (which covers computers, monitors, printers, copiers, scanners, and fax machines).

The province has approved a $43-million pilot study that would add toys, cell phones, and many other electronics to Alberta’s electronics recycling program.

The UN study is available at ewastemonitor.info.