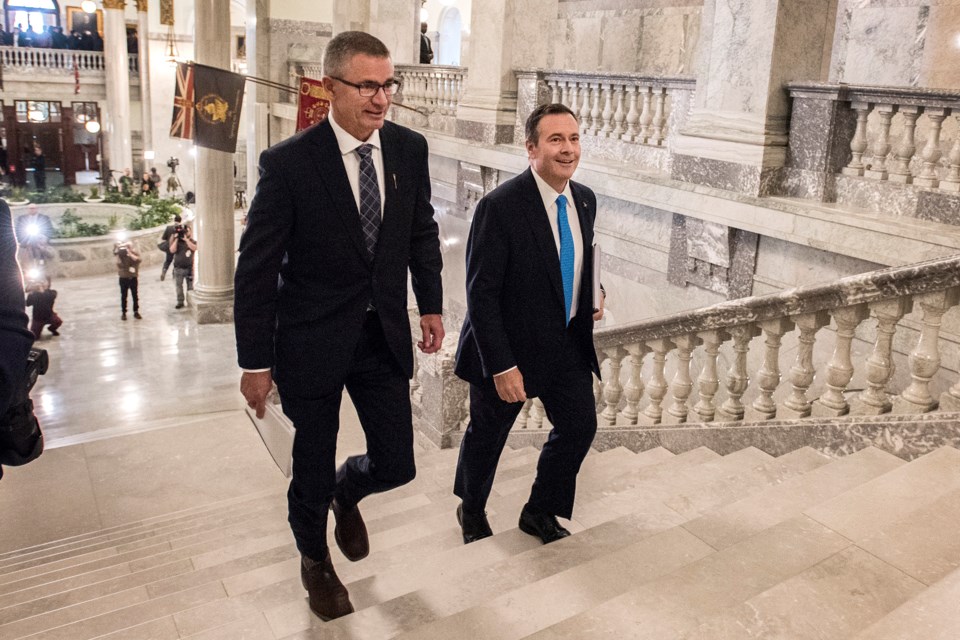 Unions across the province are pushing back at the government's plan to roll back wages for teachers, nurses and other public workers.

Orissa Shima, a nurse at the Sturgeon Community Hospital and president of the local nurses' union, said she is “definitely disappointed” and expects arbitration to proceed on Nov. 22 and 23 as scheduled.

“Registered nurses are the backbone of the health care system, and it's disappointing to see the government treat us and our frontline colleagues with such disrespect,” Shima said.

The union representative, whose local represents just over 400 registered nurses at the Sturgeon Hospital, said the overall mood with her colleagues is of concern.

The nurse said they took a zero-per-cent increase in 2017 and 2018 with the understand they would have a wage re-opener discussion in 2019.

“I can’t speak for all my members, but I’m a mom of three girls. Cutting my wage by three per cent means less money for my kids and family. It affects my purchasing power and my ability to help others. I will spend three per cent less at local businesses,” Shima said.

The nurse noted that when you multiply that amount by the thousands of public sector workers across the province, it will have an impact on local economies.

Since the government announcement, the United Nurses of Alberta (UNA) has filed a complaint with the Alberta Labour Relations Board seeking an order directing Alberta Health Services to bargain in good faith, as required by law.

UNA was informed on Oct. 29 that the Government of Alberta had directed AHS to change its position in the wage reopener arbitration with UNA from no increase in 2019 to a wage rollback of 3 per cent, the UNA said in a press release.

UNA is in arbitration with AHS, not the Alberta government, Harrigan said in a news release, and at this time there is no legal basis for the government to instruct AHS to change its bargaining position.

Alberta Finance Minister Travis Toews said the province has great respect for what public workers do, but noted salaries for public sector employees account for more than half of government expenses and are higher than comparable provinces.

Toews said the government is trying to bring wages in line with what workers in similar provinces make so Alberta can balance its budget in four years.

“The MacKinnon panel recommended that over time we would move our public sector remuneration in line with the other provinces, and this will accomplish that,” Toews said to reporters.

Other unions across the province are frustrated with the government as well and are coming together to fight back.

On Tuesday, the Alberta Federation of Labour (AFL) announced in a press release it is launching a campaign to stop the UCP government from “triggering a recession by implementing deep spending cuts while the economy is already faltering.”

There are 29 unions affiliated with the AFL, including big ones like UNA, the Health Sciences Association of Alberta (HSAA), the Canadian Union of Public Employees (CUPE), the United Food and Commercial Workers (UFCW) and the United Steelworkers (USW).

Together, they represent 180,000 working Albertans, and today, they are officially launching a website, www.KenneysCuts.ca and a number of video ads that are all aimed at drawing public attention to the damage that the Kenney budget will do to the Alberta economy.

“Cuts of the magnitude being planned by the Kenney government will turn a weak economy into a full-blown recession,” said AFL president Gil McGowan.

“Jason Kenney promised jobs and economic growth. But he’s delivering the exact opposite. This is an economy-destroying agenda, and we’re encouraging Albertans to stand up and push back.”