Anyone who heard Cait Wood sing at Bellerose High’s past musicals Les Misérables and West Side Story were sure she’d reach stellar heights. Well, the 2006 alumna is on her way.
0
May 20, 2009 12:00 AM By: Anna Borowiecki 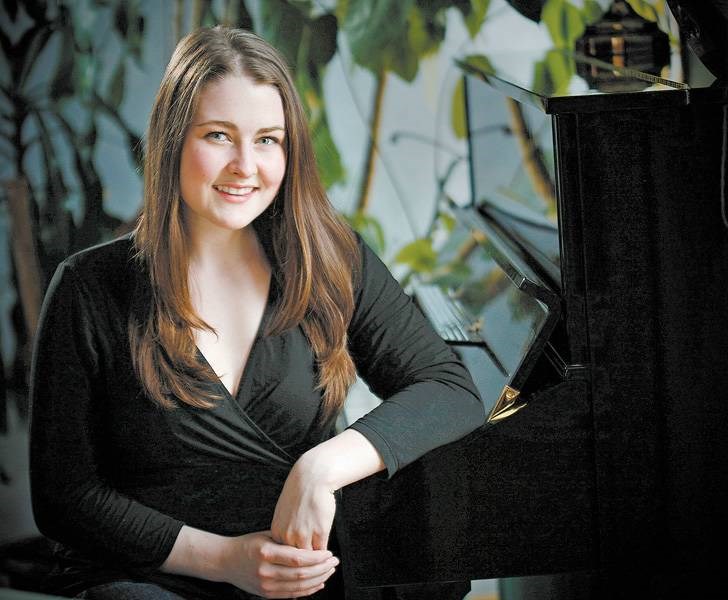 Anyone who heard Cait Wood sing at Bellerose High’s past musicals Les Misérables and West Side Story were sure she’d reach stellar heights.

Well, the 2006 alumna is on her way. Wood has just completed a third year studying at the University of Manitoba’s department of music. And in Pirates of Penzance, a side project for the Gilbert and Sullivan Society, she earned rave reviews.

Gwenda Nemerofsky of the Winnipeg Free Press wrote, “The biggest surprise was powerful little Cait Wood as Mabel, whose standout soprano voice has a carrying ability and vibrato quality not unlike Winnipeg’s own Tracy Dahl. She literally bubbles over throughout her part, exuding enthusiasm, love and appropriate girlish glee — but that voice is something else.”

Wood, who returned home to perform at Opera Nuova’s 2009 Vocal Arts Festival on Friday, May 22, seems genuinely surprised by the accolades. “I was really taken aback and really flattered because I have tons more work to do.”

And work is exactly what is on her mind. Wood has enrolled in Opera Nuova’s six-week intensive workshop, a gruelling training ground that bridges the gap between academic studies and a professional career.

Along with other students, she will focus on developing technique while expanding her performance skills. Throughout the 12-hour days, students receive acting, movement, diction, language and vocal interpretation. “It’s intensive, but everything has a purpose. It’s not just about making pretty sounds, but it’s about creating character. We’re just adding to the arsenal we already have.”

Artistic director Kim Mattice Wanat said Wood was accepted into the auditioned program for various reasons. “She has very proficient technical skills. What separated Cait from the others was that she was really committed to artistic expression. You feel the heart in her aria instead of just responding to the beauty of the voice.”

The Vocal Arts Festival held at Convocation Hall combines the talents of opera luminaries John Fanning, Judith Forst and Jackalyn Short with that of students. The two-hour plus program has strong emphasis on the Italians — Verdi’s Falstaff, Turandot by Puccini and Il barbiere di Siviglia by Rossini.

Not only is a soubrette role easily adaptable to Wood’s two-plus octave range, but “I really enjoy the sneaky characters. She’s teasing her captor and winding him around her little finger.”

“This is a great way to take a peek at the next generation of singers who will carry on the tradition.”