St. Albert residents will soon be able to tap into a network of backyard sensors to track the state of the air in their neighbourhood. The City of St.
Jun 7, 2017 12:00 AM By: Kevin Ma 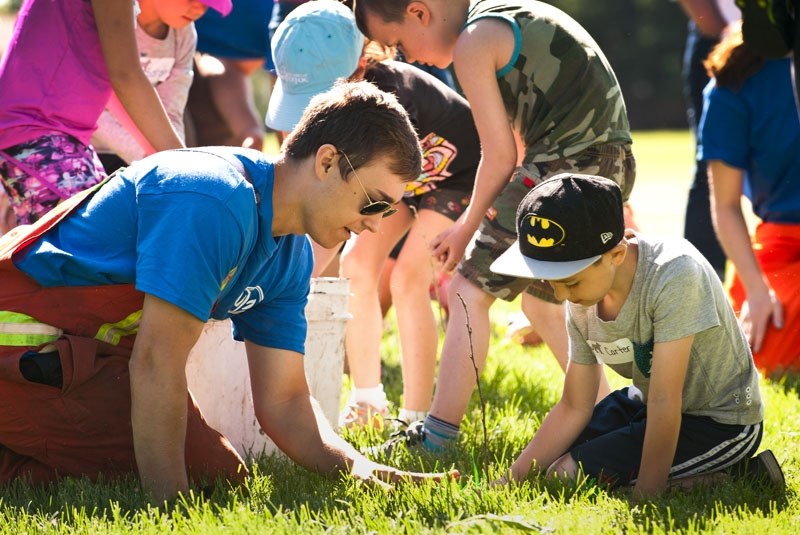 St. Albert residents will soon be able to tap into a network of backyard sensors to track the state of the air in their neighbourhood.

The City of St. Albert has put out a call for volunteers to build and host free backyard air quality monitoring stations as part of the city's ongoing Smart City sensor project.

The city is doing experiments to see how it can use cheap sensors and a long-range low-power data network to collect real-time data about St. Albert – the hope being that said data could be used to improve city services.

This latest project will have 10 residents build small air quality monitoring stations with the help of SensorUp, a Calgary company that has deployed similar units in that city, said Travis Peter, smart city and innovation manager for the City of St. Albert.

"We want to demonstrate the potential of open-source products," he said, noting that the kit is made from off-the-shelf parts.

The free stations will transmit real-time readings of temperature, humidity and PM2.5 (particulate matter) levels to the SensorUp servers using their host home's wireless Internet, Peter said. While the stations won't be as good as the city's full-size one by Vital Grandin school, they should hopefully show the viability of home-based networked sensors and get people engaged with the smart city concept.

"There's lots of opportunity here," Peter said, noting that these sensors could measure everything from noise to soil moisture content.

The sensors are actually palm-sized boxes and circuits that fit inside an accordion-like arrangement of plastic shields, said Coral Bliss Taylor of SensorUp. The finished monitoring station is about the size of a toaster, and has to be plugged into a home's power.

Data from these stations goes to the SensorUp website. There, visitors can click on a map of the stations to see pollution trends at each site. Visitors can now check and compare readings from about 49 stations in Calgary, for example, and see which stations have the best and worst air quality.

The stations give people more timely and geographically relevant information about air pollution, which can be important for people with asthma, Bliss Taylor said. They also get people talking about air quality and smart city concepts.

David Spink, an air quality consultant in St. Albert, says particulate matter is one of the most important air pollutants to monitor, as researchers have determined that exposure to any amount of it has health implications. But because air quality varies by location, you can't get a good read on it from just one station.

"What you really want is a network of monitors in different locations," he said, as that would give you a better picture of your exposure level.

University of Alberta environmental health professor Warren Kindzierski expressed support for the proposed air quality sensor project, but was skeptical about the reliability of the data. The city should place one of these sensors at St. Albert's permanent monitoring station so they could determine its accuracy, he advised.

Peter said he needed 10 moderately tech-savvy volunteers for the project who would hopefully be evenly distributed across town. As he'd already received 20 applications, he predicted that he might have some tough choices to make.

Applicants should apply for the project by June 23. Volunteers will meet to build the stations on July 8, with the stations going live soon after.

Visit stalbert.ca/sensor-pilot for details, or calgary-air.sensorup.com to see the Calgary stations in action.

City residents can make the air cleaner for these monitoring stations by keeping their cars parked today.

June 7 is Clean Air Day in St. Albert. The annual event aims to raise awareness of air pollution and its effects on health and the environment.

All St. Albert Transit bus rides are free today as part of Clean Air Day, said city environmental co-ordinator Meghan Myers. The city had originally planned to offer free bike tune-ups as well, but those have been delayed to next week as part of Bike Month. Expect to see a free bike tune-up station behind St. Albert Place between 10 a.m. and 2 p.m. from next Tuesday to Thursday.