Waste to energy in St. Albert?

A St. Albert councillor says this city should consider following Fort McMurray's lead into the world of zero waste, as it could make this city millions.
0
Mar 3, 2017 11:00 PM By: Kevin Ma 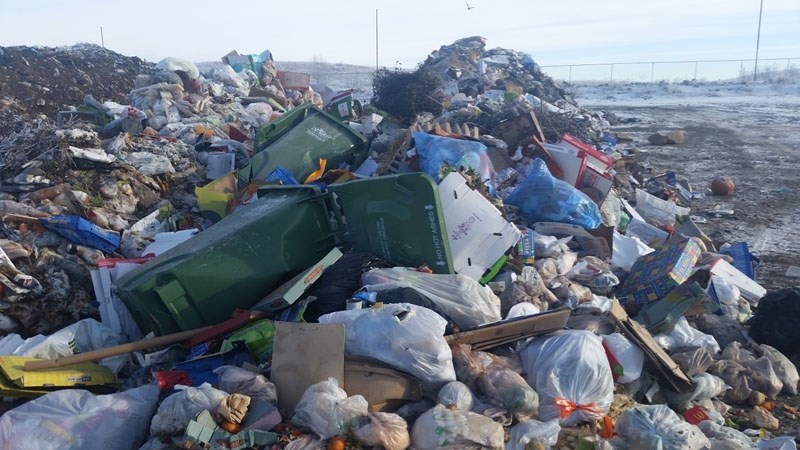 A St. Albert councillor says this city should consider following Fort McMurray's lead into the world of zero waste, as it could make this city millions.

But a leading provincial waste reduction advocate is skeptical that such a project would work here.

St. Albert council voted unanimously in favour of a motion from Coun. Sheena Hughes Monday to spend $25,000 to investigate the risks and rewards of implementing a zero waste process for its trash similar to the one underway in the Wood Buffalo region.

In an interview, Hughes said she got the idea to look into this concept after seeing a TEDx talk by city manager Kevin Scoble, who headed up the zero waste initiative in his previous job as deputy CAO of the Regional Municipality of Wood Buffalo.

Fort McMurray's Zero Waste Initiative proposes to eliminate landfills and waste sorting, Hughes told council. By using a low-temperature gasification plant, workers could burn off non-recyclable materials from waste (say, jam from a glass jar) to create biofuels, heat or electricity, and recycle everything else. Carbon dioxide from this process would then be used to fertilize plants in a greenhouse.

"It changes the entire perspective on how we are looking at garbage," she told council, as it treats waste as a resource.

"It actually allows people to throw out their garbage without guilt."

Fort McMurray hopes to use this new process to defer construction of an 800-acre landfill and instead create an industrial park that would use products from the gasification plant, Hughes said. Staffers predict that the project could be $300 million in the green within 20 years.

St. Albert could use a similar approach to attract industry, lower taxes, gain carbon credits and eliminate its need for a landfill, Hughes said.

"This is an opportunity to actually make our garbage work for us."

Hughes emphasized in an interview that this idea might not be feasible in St. Albert, but that it would be foolish not to investigate it given the expertise Scoble has on the subject.

"If it is a feasible option, the upsides are tremendous."

The Gazette could not reach Wood Buffalo officials by deadline to confirm the current state of the Zero Waste Initiative.

Fort McMurray has run an aquaponics greenhouse at its landfill for several years and has a waste-to-energy system that runs on waste wood, said Scoble, when asked about the initiative. The community originally planned to build a gasifier this summer that could process up to 10 tonnes of unsorted trash a day as a pilot project, but that may be delayed due to last year's wildfires. The 800-acre industrial park has yet to be established.

Low-temperature gasification systems do exist, however, and are now being used in parts of Europe, Scoble said.

"What's new is putting all the pieces together."

Gasification is better than landfilling, as it lets you get at least some value out of material, said Christina Seidel of the Recycling Council of Alberta.

"You get the best economic value and the best environmental value by far by focusing your system on the three Rs," she said, as recycling tends to produce far more jobs than waste-to-energy systems. She recommends that communities only look at gasification for the last 20 per cent of waste they can't recycle or divert.

Edmonton has a waste-to-energy plant but is only using it for the residuals it can't recycle, Seidel said. While Lower Vancouver also operates such a plant, that plant makes economic sense because it takes in millions of tonnes of trash.

"There is probably no place in Alberta that has enough volume to justify waste-to-energy," Seidel said.

Gerard Duffy of the Roseridge Landfill confirmed that the landfill commission was looking into a one-stream zero-waste system that would convert waste into fuel, but had yet to make any commitments.

The report is due by third quarter this year.