Water is the new fire

Though St. Albert narrowly missed the brunt of last week’s rainstorm, which brought 45 millimetres of rain to areas of the capital region, extreme weather events are becoming the new norm.
Jun 3, 2017 12:00 AM By: St. Albert Gazette 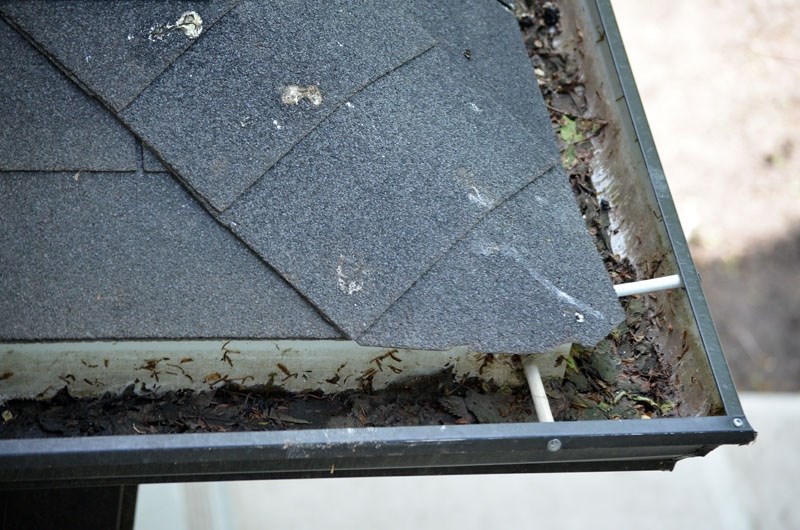 Cleaning leaves and debris from eaves troughs is just one way to prevent water from building up where it is not wanted.

Though St. Albert narrowly missed the brunt of last week’s rainstorm, which brought 45 millimetres of rain to areas of the capital region, extreme weather events are becoming the new norm.

According to the Insurance Bureau of Canada, climate change has made our climate wetter and stormier. Rainfall across the country has increased by 12 per cent in the past 50 years – causing an alarming increase in water and rainfall-related damage to homes in recent years.

With an estimated $1.7 billion in water damage claims annually, severe rainfall has replaced fire to become the leading cause of damage to Canadian homes.

While the majority of this damage is preventable, most people don’t think about flood-proofing their homes until they’ve experienced water damage for themselves, said home inspector Richard Zyp.

“If they’ve never had it happen to them before, they’re usually a little more blasĂ© about it,” he said.

A homeowner’s first defence against flooding is lot grading.

&#147;When it&#146;s pouring like it was [last Wednesday] the ground gets saturated in a matter of moments and starts to run on the surface,&#148; explained Zyp.

Every home in St. Albert is originally built to drain surface water away from the home. But it takes time for soil to settle after construction, meaning grading can change over time. It’s up to the homeowner to maintain positive drainage toward the property line, said city engineer Kate Polkovsky.

Failure to fill in depressions, especially those near the edge of the home, can eventually lead to structural damage and flooding.

“Water carries a lot of power. You don’t want the pressure behind a foundation to build up, because it can cause challenges,” said Polkovsky.

Older homes are especially susceptible to damage caused by pooling, given many aren’t equipped with weeping tile or sump pumps, which direct water into the city’s stormwater system. Fortunately, these homes are located in dryer areas of the city, said Polkovsky.

Nevertheless, it’s important to ensure water moves away from the home and toward public infrastructure – which Polkovsky ensures has the capacity to withstand extreme rainfall events – since most home insurance policies don’t cover overland flooding.

The City of St. Albert recommends the ground slope away from the wall for at least five feet and drop a minimum of three inches.

Zyp, who operates Canadian Residential Inspection Services St. Albert, says homeowners should also be vigilant of hidden voids and depressions, such as under pre-cast concrete steps or decks.

Additional flood-proofing measures include: regularly cleaning out eaves troughs; ensuring downspouts extend six feet away from your wall and drain on to a permeable surface, such as your lawn; testing sump pumps and backflow valves; and aerating your lawn in the spring.

Residents living in areas with higher water tables, such as Deer Ridge and Oakmont, might want to consider a sump pump with backup battery power or a even a secondary pump, says Zyp. It is also possible to equip sump pumps with alarms.

But it’s not just the basement that’s susceptible to water damage.

Most storm systems come in from the mountains. If you have north- or west-facing windows or doors ensure they are properly sealed or consider investing in a storm door and/or an overhang to avoid rotting thresholds.

Water can also get in through the roof. Once it’s made its way into the house it’s often already wreaked havoc causing rot, mould and warping. Use binoculars to safely inspect your roof for broken and missing shingles before and after the winter season.

When it comes to preventing water damage, knowing your home is key, says Zyp. Give your house a once over at least once a year and observe how it reacts during a heavy rainfall.