“We can never let it happen again.” 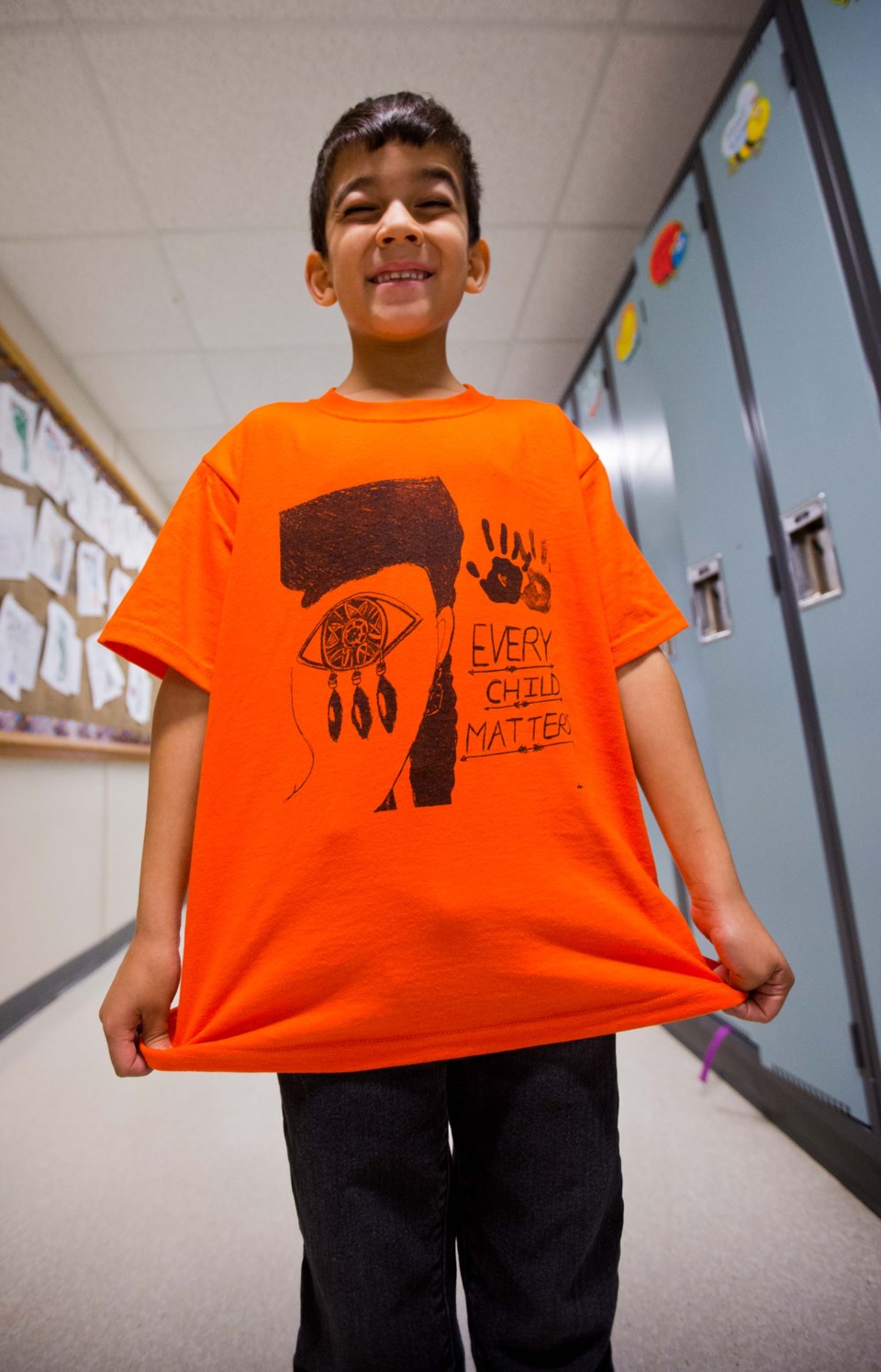 NOT JUST A COLOUR — Thousands of Alberta and St. Albert students are celebrating Orange Shirt Day this Sept. 30 by wearing orange. The colour symbolizes the orange shirt that was torn away from the woman whose story inspired the event. CHRIS COLBOURNE/St. Albert Gazette

Kathleen Steinhauer was locked in a cupboard overnight under the stairs when she was going to residential school.

Kathleen was a “fairly feisty young lady,” said her daughter Celina Loyer, aboriginal programmer at the Musée Héritage Museum. The Edmonton Indian Residential School she attended was known for its brutal treatment of students; staffers there locked her in the cupboard as punishment.

Loyer said Kathleen told her staff forgot that she was in there until the next day. She had to go to the bathroom in a bucket. At some point, someone remembered to let her out.

“When they noticed she had made a mess, she was punished again,” Loyer said.

Loyer shared this history with the Gazette in the lead-up to Sept. 30, which is Orange Shirt Day in Canada.

The now-national event encourages people to wear orange (a reference to the orange shirt event founder Phyllis Webstad had stripped from her at age six at her first day of residential school) and listen to the stories of residential school survivors and their families.

At least 150,000 Indigenous Canadians went through the residential school system, which operated from around the 1870s to 1996. The Truth and Reconciliation Commission of Canada has determined that the schools were a central element of this nation’s policy of cultural genocide toward Métis, Inuit and First Nations peoples.

“This is an important part of Canadian history,” she said, and people should be aware of it.

Loyer said her grandfather, Ralph Steinhauer, and her mother were both taken from their home near Saddle Lake as children to attend distant residential schools. Kathleen went to the Edmonton Indian (which used to be next to Poundmaker’s Lodge), while Ralph was shipped to Red Deer and then Brandon, Manitoba.

Government and church officials would intentionally send students to schools far from home to cut them off from their family and culture, Loyer said.

“They wanted to take the Indian out of the child,” she said, and turn them into “good white people.”

Loyer said Kathleen told her staff at the school heaped verbal abuse on students, forbidding them from speaking Cree and telling them not to be “dirty savages.” Corporal punishment was common.

Kathleen spent the rest of her life not being able to sleep with the bedroom door closed because of that incident at the Edmonton residential school, Loyer said. Other students left school not knowing how to raise kids or form positive relations with others. Their children and grandchildren would struggle to reconnect with their heritage.

Loyer said Ralph, who went on to become Canada’s first Indigenous lieutenant-governor, never spoke about his time in school. Kathleen, who later helped change gender-discriminatory parts of the Indian Act, didn’t open up about her experience until she was in her 70s, telling Loyer, “I didn’t want you to share my pain.”

Loyer said her mother shed no tears for the school’s passing.

“My mother said, ‘If I had known they were going to burn it down, I would have come help light the match!’”

Loyer said Canadians were still coming to grips with the reality of residential schools. She encouraged Canadians to wear orange and learn this history.

“It really happened, and we can never let it happen again.”