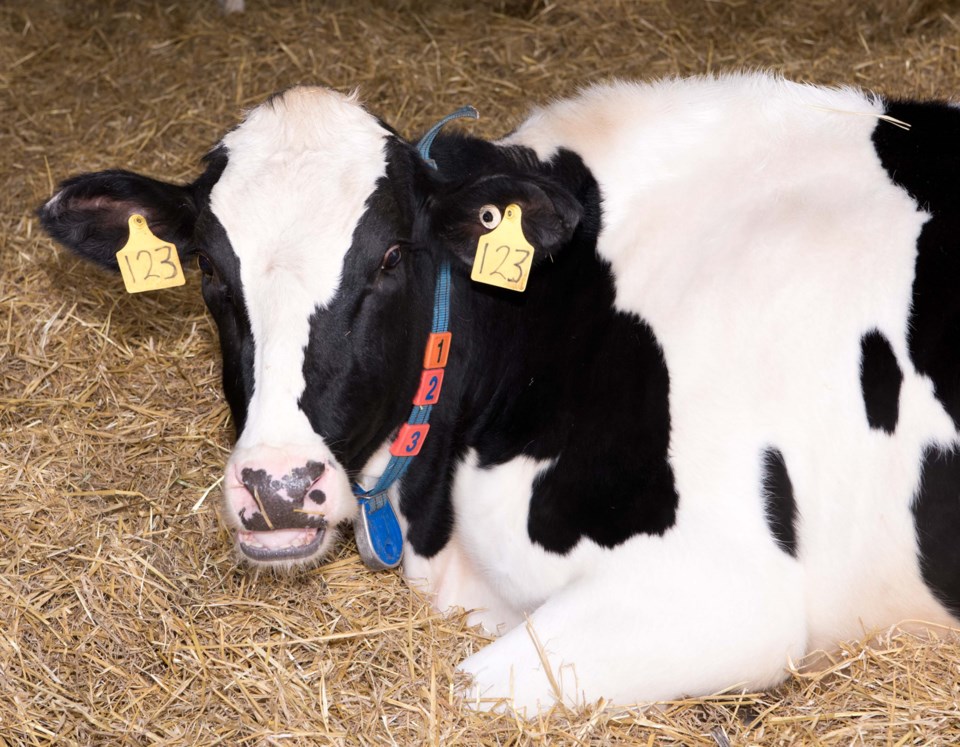 I'M HUNGRY – Wet conditions across Alberta could result in a shortage of good-quality feed for farm animals such as cows, say local farmers. The Alberta SPCA advises horse owners to stock up now.

Alberta’s hay harvest is way behind on account of all this rain, and that has some Sturgeon County farmers worried about how they’ll feed their animals this winter.

Wet weather continues to hamper crops across Alberta, especially hay, according to Alberta Agriculture’s Aug. 13 crop report. Whereas Edmonton-area farmers are usually 93 per cent through their first cut of hay at this point, this year they’re just 29 per cent done, with some hay cut and rotting in the fields because it’s too wet to bale.

Delton Jubinville of Farmer Del Organics near St. Albert said he’d usually be mowing his second cut of hay at this point, with his first typically baled by July 10. This year, he’s still working on his first.

Hay needs to dry for about four days after it’s cut before you bale it or it will go mouldy, Jubinville explained. With no break from the rain and little sun and wind, farmers haven’t been able to dry their hay to harvest it.

Most farmers in this area will get two cuts out of their hay crop in any given year, said Jason Crozier of Cheslen Dairy near the Edmonton Garrison. This year, most of the farmers he’s talked to say they’ll be lucky to get one.

“All the crops are suffering,” he added, especially the peas.

Alberta farmers have so far harvested an average of 1.4 tons of dryland (non-irrigated) hay per acre, or a bit more than the 1.3 tons/acre they usually get. The quality was down, though, with just 43 per cent of baled dryland hay ranked good to excellent compared to the five-year average of 68. Just 14 per cent of the Edmonton region’s hay was ranked good to excellent, with yields on par with the average of 1.7 tons per acre.

This low quality is a problem for livestock owners, as cows and horses waste away in winter if they don’t get high-quality food, said Dan Kobe of the Alberta SPCA.

“They could die very quickly, even if you’re feeding them, if it’s not the right kind of feed.”

Kobe said the SPCA is advising horse owners to secure good quality winter feed now and to test the hay they have to see if it needs supplements. If they can’t afford the food, owners need to sell or give their horses away. The SPCA and RCMP seized about 300 horses between November and June – way more than the 57 they did in those months the year before – almost all of which were due to feed shortages. (Last year’s shortages were due to drought.)

Jubinville said he hoped he’d catch a break and get some good quality feed from his fields for his calves and yearlings, but suspected he’d have to go out and buy some as he did last year.

“I’m just fearful there’s not that much for sale.”

While he might be able to stretch his supplies using chaff from grain farmers, Jubinville said he might be forced to sell some of his animals early just to cut down on his feed needs.

Jubinville said he’d never seen a summer with this many moisture problems in his 40 years on the farm.