Widespread racism against Chinese Canadians due to pandemic 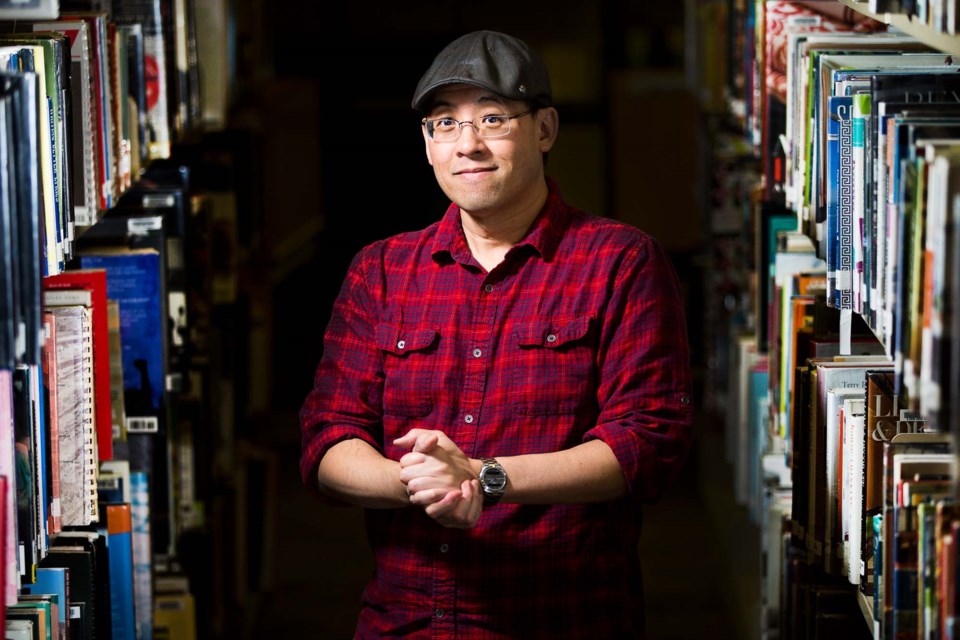 RACISM CLOSE TO HOME — Author Marty Chan, shown here at the St. Albert Public Library, says he has been yelled at and discriminated against during the COVID-19 pandemic because he is Chinese. An Angus Reid survey has found that half of all Chinese Canadians have been insulted or called names since the start of the pandemic due to their race. BRYAN YOUNG/St. Albert Gazette

Almost 30 per cent of Chinese Canadians say they have been physically attacked by strangers because of their race during the COVID-19 pandemic, a new survey suggests.

The University of Alberta and the Angus Reid Institute published a study June 22 on how Chinese Canadians have experienced racism during the COVID-19 pandemic.

Statistics Canada says Chinese Canadians make up about one per cent of St. Albert’s population.

U of A psychology professor Kim Noels said she had been doing a study of Chinese immigrants in Canada when the pandemic started and teamed up with Angus Reid to do this study.

The study surveyed 516 Canadian adults who self-identified as ethnically Chinese and were members of the Angus Reid Forum or Inclusive Insights from June 15 to 18. For comparison purposes, a probability sample of this size would be considered accurate to within 4.3 per cent 19 times out of 20.

The study noted there have been reports of racially motivated assaults, threats and graffiti directed at people of Chinese and East Asian descent across Canada since the start of the pandemic.

Noels said she was surprised to hear respondents report being spat upon by cyclists or having strangers come up and shout at them, and noted about 61 per cent had changed their routines to avoid racist encounters since the pandemic began.

“When people have to change their lives and worry about something like that, that’s disconcerting,” she said.

Teresa Woo-Paw, chair of Asian Canadians Together to End Racism (ACT2endracism), said Chinese Canadians have seen an uptick in racist acts since the pandemic started, with people reporting being yelled at, spat upon, or (in the case of a Korean man in Montreal last March) stabbed.

“I’ve had a few dirty looks from people as I walk into stores with my mask on,” he said, and he feels shoppers try to avoid him and not Caucasian shoppers.

Chan said he’s considering cancelling his fall book tours out of concern that he’ll be seen as a COVID-19 carrier in a small community.

“I’ve actually stopped going into stores. My wife does the grocery shopping and I order stuff online to minimize the exposure.”

Noels said people tend to become more discriminatory toward others when they feel afraid, and the fact that the novel coronavirus was first reported in China may cause people to see Chinese Canadians as a threat. The survey found about 96 percent of respondents felt other Canadians blamed people of Chinese ethnicity to some extent for COVID-19.

Media coverage bore much of the blame, the study found. Some 64 per cent of respondents felt North American media coverage of the pandemic had a negative effect on how Canadians viewed people of Chinese ethnicity.

“I don’t think it helps for Donald Trump to call it ‘the Chinese virus,’” Noels added.

Racism is not new in Canada, as is evident in the treatment of Indigenous people and people of colour, Woo-Paw said. The pandemic has given those with racist views an excuse to express them, and caused people to scapegoat Chinese Canadians, just like what happened during the 2003 SARS pandemic.

“We do have racism, and people have to actually acknowledge and have the courage to talk about it,” she said.

Chan and Noels said Canadians needed to call out and denounce racism when they see it happen.

“If you’re silent, it empowers the racist even further,” Chan said.

The study can be found at angusreid.org/racism-chinese-canadians-covid19.