To compete on a global playing field, municipalities in the Metro Edmonton region should hunt in a pack. That was part of the conclusions reached by an independent panel in a report paid for by nine municipalities, including St.
0
Jun 15, 2016 12:00 AM By: St. Albert Gazette 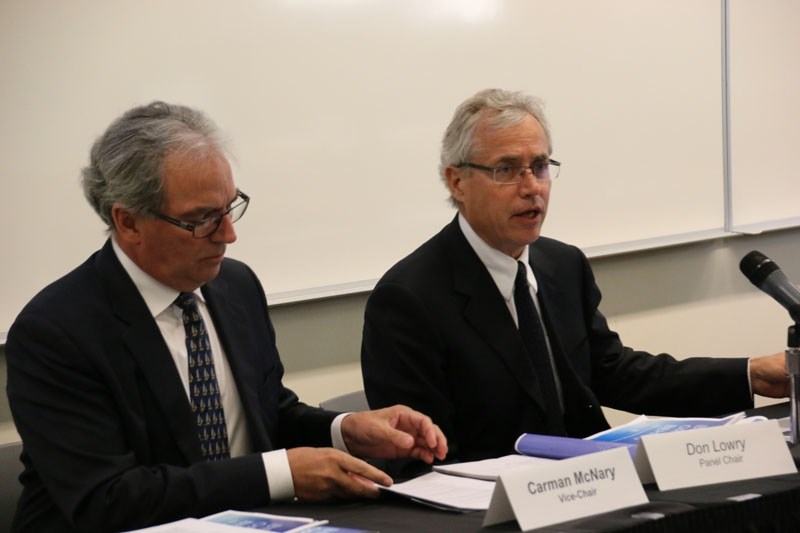 To compete on a global playing field, municipalities in the Metro Edmonton region should hunt in a pack.

That was part of the conclusions reached by an independent panel in a report paid for by nine municipalities, including St. Albert and Sturgeon County. Other contributing municipalities were Edmonton, Fort Saskatchewan, Leduc, Leduc County, Parkland County, Spruce Grove and Strathcona County.

The report suggested working together closely on regional issues, noting the nine municipalities listed represented 95 per cent of the region’s population and about 80 per cent of the land.

“The frank assessment is that you’re coping now,” said Don Lowry, the former president and CEO of Epcor Utilities and chair of the panel. But to succeed globally, he suggested steps need to be taken.

“Nobody’s waiting for this region,” Lowry said, and he and vice chair Carman McNary hinted at opportunities already lost.

They targeted three areas that the Metro Mayors Alliance – the nine mayors of the contributing municipalities – should look at working together in more closely. The three areas are economic development, public transit and land use planning and infrastructure development.

Attached recommendations included considering signing a memorandum of understanding between the municipalities.

There has been talk for many years of regional collaboration, the pair noted during a Friday press conference.

“This region has been talking about change as long as I’ve been alive,” McNary said. But time might be ripe for a change with the co-operation of the municipalities who commissioned the report, which was budgeted for $600,000.

However, Lowry was clear they were not suggesting amalgamation, though they examined the idea.

“Amalgamation was not the path to success,” Lowry said.

The report also encouraged higher density developments, predicting if the “business as usual” approach to development is taken along current trends, in 50 years 87,700 hectares of agriculture lands and 50,200 hectares of natural areas could be lost in a high growth scenario.

St. Albert Mayor and Capital Region Board chair Nolan Crouse said the report reinforces some things that are already happening.

For instance, the CRB is looking at economic development, while St. Albert and Edmonton are starting the process of exploring regional commuter transit co-operation.

“This pushes that agenda forward a little bit, probably,” he said, noting it might encourage more communities to join up on the transit plans.

Economic development has been a tough nut to crack for the CRB, he said, and this might help push that forward as well.

“The long and short of it, I’m excited because the Capital Region Board has moved on these things, they’re just giving it kind of a one more push with more nuances,” Crouse said.

He was intrigued by some of the nuances in the report, like the idea of pooling money for infrastructure.

Both this report and the Capital Region Board’s planned growth plan update call for more density, a topic that has been known to spark lively debates in St. Albert’s past.

“I think this is going to be a challenge for St. Albert and Strathcona, or Sherwood Park,” Crouse said.

A St. Albert city council discussion of the report will be held July 11.

“Some of it matches the Capital Region Board stuff,” he said.

He noted that none of the nine councils for the participating municipalities have really had a chance to digest the report yet. He said Sturgeon County council’s discussions will likely come in the next few weeks, ideally before their summer break.