Working from home? Don't forget to brush your teeth 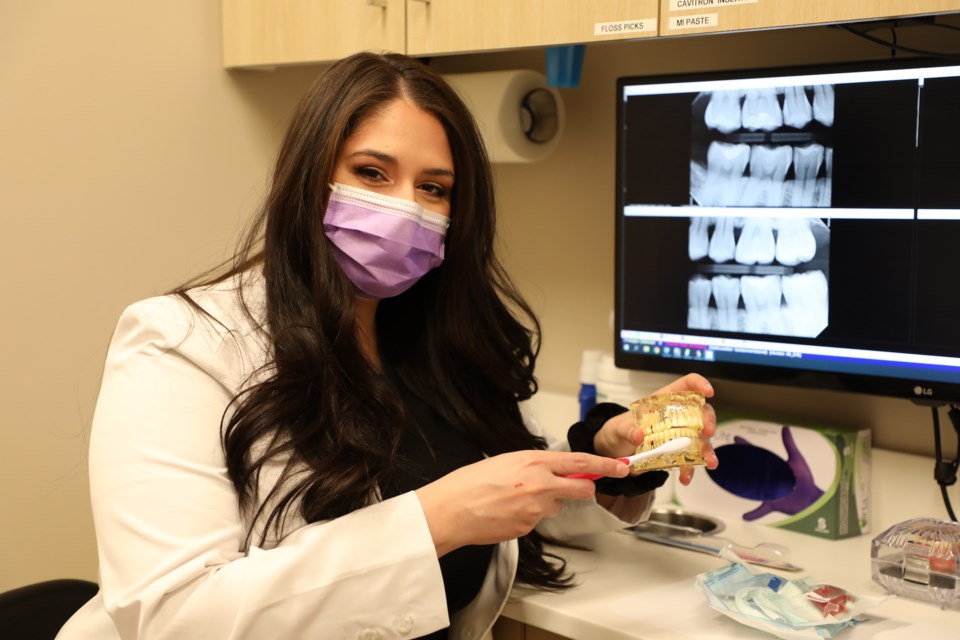 “I would say that the majority of people, not everyone, but I've noticed a huge increase in people reporting that they're brushing and flossing less frequently because they're not leaving the house,” said Catherine Julmi, a dental hygienist at Erin Ridge Dental in St. Albert.

Working from home means, for some people, personal hygiene routines like flossing and brushing have become less important than they were when they had a reason to leave the house, and although less brushing hasn’t translated into more instances of cavities yet, it’s just a matter of time.

So, does it matter that you’re brushing less?

Julmi has seen more instances of gingivitis of late, which is the first stage of gum disease.

“I would definitely say (there are) increased levels of inflammation through the gums in general. I wouldn't say a higher incidence of cavities as of yet, because that can take some time to develop, but I could see it going that way for sure because I think overall as a population, people are brushing and flossing a bit less,” Julmi said.

Signs of inflammation in the gums start to appear 10 to 14 days after a decreased amount of brushing and flossing, Julmi explained. Generally, people don’t notice they are having issues with their gums at this point.

For cavities, a person might notice sensitivity to hot and cold or actually see little brown or black spots.

Julmi said she wants to make sure people are aware oral health can contribute to other areas of health.

“A lot of research recently has been indicating that poor oral health can also lead to or worsen certain diseases like diabetes, heart disease, or Alzheimer's. There's an increased incidence of preterm births in pregnant women if they have active gum disease," she said.

So, how much should a person be brushing?

“It's kind of a little bit dependent on the person, but I would say a good rule of thumb is brushing twice a day and flossing once a day,” she said.