Youth impacted by Beautiful Me

Young women moved between stations in the large room at Bellerose Composite High, some wearing white T-shirts and others wearing long formal dresses.
Mar 25, 2017 12:00 AM By: Dayla Lahring 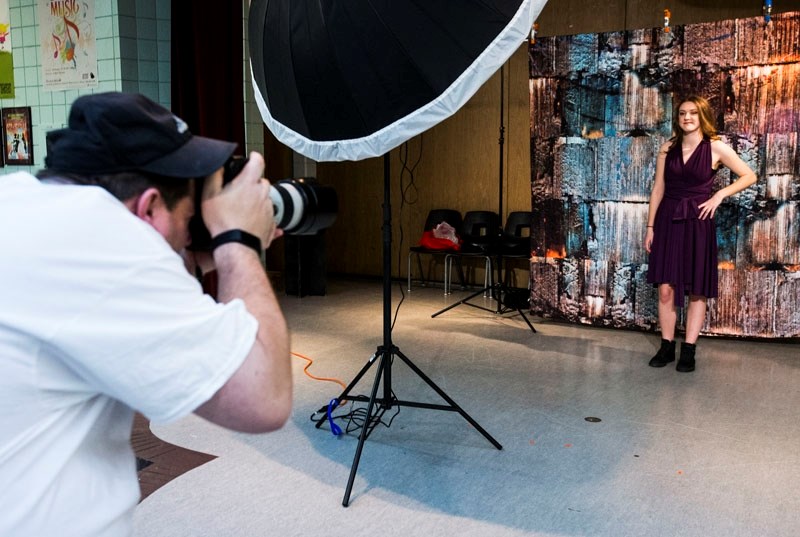 Young women moved between stations in the large room at Bellerose Composite High, some wearing white T-shirts and others wearing long formal dresses.

Some were patiently sitting in chairs while makeup artists delicately applied mascara and eye shadow, and others posed in front of large backdrops while photographers took their pictures.

The day was all about building confidence in at-risk youth through workshops that focused on both outer and inner beauty.

Brooklyn Gunderson, 14, was one of the participants at the one-day event, Beautiful Me. The Sturgeon County girl attended after her aunt nominated her to participate.

“It was fun. The ladies did a speech after and it was really good,” she says.

At the beginning of the event each of the participants created ‘I am’ statements in a journal that was provided for them. Gunderson wrote three simple words about herself: I am different.

“I’m more curvy, and at my old school I was always the more curvy person out of my friends,” she says.

Gunderson switched schools two years ago due to bullying. She says being curvy made her stand out in her last school, and not in a good way.

“I would be body-shamed,” she says. “And the boys would be calling me names.”

She says she has learned to love her body, and while other girls her age are obsessed with being thin, she’s not giving into unhealthy societal pressures.

“They always want to look like those Victoria’s Secret models, but honestly you should just be happy with who you are,” she says. “I’m actually happy that I’m curvy and not a twig.”

The event concluded with two keynote speakers, Kennedy Chester and Natasha Dunbar, both from Fort Saskatchewan.

Chester, 16, spoke on her personal experiences of being bullied, while Dunbar spoke on the difficulties of losing her daughter to suicide as the result of bullying.

Gunderson said the speakers stood out the most to her.

“It was sad to hear about that kind of stuff, how kids can be so mean and think that suicide is a joke, but it’s actually not.”

A total of 42 people were nominated this year, but only 30 spaces were available for the all-day event.

Sheila Chisholm, co-founder and event chair, says she saw youth start the day with anxiety, fear and doubt, but by the end she saw the youth light up with “joy and self-expression”.

It was powerful, “Seeing the healing that sharing has on a community. Watching the guest speakers share the ugly truths about self-doubt, truly devastating and painful moments in life.”

This year was different than last, with two key speakers instead of one life coach, presenting to the youth.

“Every year has been a perfect fit, and I believe that many of our participants came this year with a significantly traumatic event impacting their lives. We couldn't have had chosen two better speakers for these 30 participants,” she says.