Bill Chow remembers what conversations surrounding mental health entailed during his youth. For the most part, there weren't any.
Nov 2, 2020 12:45 PM By: Canadian Press 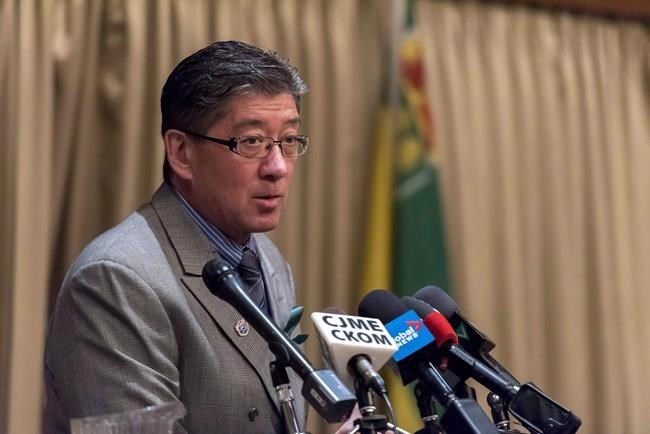 For the most part, there weren't any.

"You didn't talk about mental health when I was in school," said the 62-year-old president of the Saskatchewan Junior Hockey League. "You were weak if you talked about it. And if you reached out for help, you were weak."

Times have changed, and there's a greater societal understanding of the issue. Fewer people suffer in silence. It's a little easier to speak up and seek help.

And Chow is hoping a new funding arrangement announced Monday will push those conversations — and subsequent actions — even further.

The Fifth Line Foundation and the NHL Foundation have committed $1.2 million to make the Talk Today mental health awareness and suicide prevention program available to all players across the Canadian Junior Hockey League.

"It's just about starting to talk," said Chow, a Fifth Line Foundation board member. "It's making more people aware and providing that skill to be able to assist."

Talk Today's sports-related initiative, which will be delivered in partnership with the Canadian Mental Health Association, is already available to the Canadian Hockey League's 60 clubs.

The second-tier CJHL got 24 of its teams on board during the 2019-20 season, and will now expand it to all 132 franchises. Players are connected with the CMHA branch in their area and take part in workshops.

"They learn about things like signs of suicide," said Phyliss O'Connor, executive director of CMHA Saskatchewan. "And they learn how to intervene with someone who might be showing signs that they're struggling mentally."

CJHL president Brent Ladds said it was crucial to make Talk Today available to all players under the league's umbrella.

"Really important considering what we now know about teenagers and mental health," he said. "It hopefully gives any players that might be struggling the courage to speak up. If you don't have the platform and the environment, it becomes very challenging."

And O'Connor said sport is only one of the pressures facing teenage athletes.

"They're pursuing a hockey dream," she said. "But many of them are leaving home and family and friends — their entire support network — for the first time."

Ladds said the expansion of Talk Today across the CJHL is even more crucial with the added strain and uncertainty of the COVID-19 pandemic.

"Their challenges today are incredible," Ladds said. "For a lot of players, the hockey environment is their solitude, it's their escape from other problems. When they go into that environment and there's even more challenges there, it makes it even more important to have programs of this nature."

According to the CMHA, more than 5,000 people have received mental health awareness and suicide prevention training since Talk Today's launch in 2014.

Chow said boosting awareness in smaller communities across the country where CJHL teams play is another benefit.

"These athletes are looked upon as celebrities," he said. "If they're willing to talk about things and make people aware of what's out there ... it's important the average person sees that and realizes it's OK to talk, it's OK to reach out."

The Fifth Line Foundation, which will split costs with the NHL Foundation for up to seven seasons, manages donations made to the SJHL's assistance program following the horrific Humboldt Broncos bus crash in 2018.

"That moment really raised awareness in the public eye of the need for mental health support," O'Connor said. "That is not a normal event in a junior hockey player's life, but it did happen, and it put a spotlight on the struggles.

"Something positive is coming out of the tragedy."

Chow said it comes down to continuing to move the conversation forward — even if it's still uncomfortable for some.

"It's important people realize it's time to change," he said. "It's time to stop looking at talking about mental health as being weak.

"But instead looking at it as being strong."

This report by The Canadian Press was first published Nov. 2, 2020.