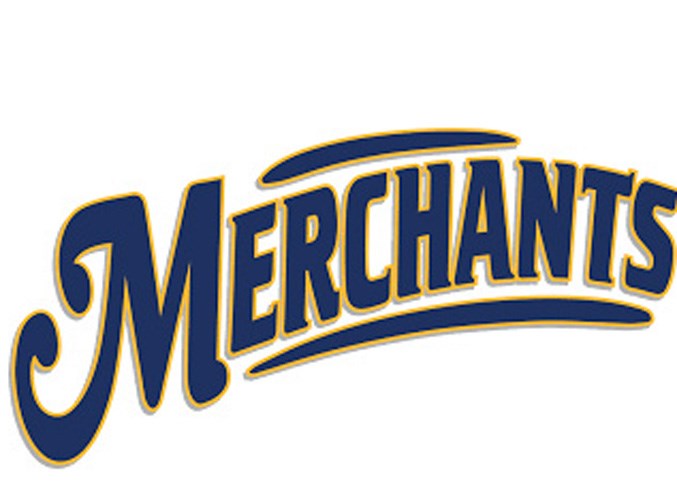 The St. Albert Merchants are shooting to score with a winning attitude this season.

“Our goal is to change the culture of our team. The last few years haven’t been the greatest. It’s been a little bit like a stepping stone,” said Zach Rodda, head coach of the Capital Junior B Hockey League team that finished fourth in the west division for the second year in a row with seven fewer wins and 10 fewer points than the previous campaign.

“We would like to put a good competitive team together that’s fast and disciplined, and takes care of their own zone first. I do believe with the new additions that we have we’ll be able to do that,” Rodda said.

The first of two main camp sessions this week featured 15 out of 18 eligible returnees among the 21 skaters and three netminders.

“We were fairly young the last two years, but those guys are coming back so we're definitely older with way more veterans in the lineup than we’ve had in the past few years,” said Rodda, who has high hopes more players will show up after attending other tryouts and sorting through class schedules at school.

Sturm and Corrigan also led the Merchants in playoff scoring with five goals and nine assists apiece in five games.

Team captain Andy Barr, Matt Holzer, Jack Langenhahn, Ryan Deets and Noah Fayad, a late-season addition, are among the familiar faces from a season ago.

“We’ve got a good core group of guys,” Rodda said.

The Merchants also let in 11 more goals than their 2017/18 total and the only netminder in camp with CJHL experience is Colton Iwaschuk, who spent part of last season with the team and posted the only shutout while going 4-6 with 3.97 GAA and .896 save percentage.

Questions will be answered about the Merchants during preseason play that started Friday against the Stony Plain Flyers and the score from Jarome Iginla Arena was unavailable at press time.

Sunday the Merchants and Edmonton Royals hook up at 8 p.m. at Coronation Arena.

“It will be good to throw guys into it right off the hop and see what kind of shape they’re in and it will give us a good idea early on what we’re working with,” Rodda said.

The main focus is shoring up “the depth on the back end and the depth on the forwards,” Rodda said. “Our top six on our forwards is going to be really, really good this year and it would be nice to see a few more bodies fight for the third and fourth lines, but we had about four, five kids who played elsewhere like the KI (Kootenay International Junior Hockey League) or junior A last year who came back, they’re all local kids, so that definitely will make our lineup way stronger.”

The Merchants are coming off a 14-19-5 (136 GF/167 GA) season while going 2-3 in two playoff series that ended with the second consecutive quarter-final sweep by the Beverly Warriors. Game three was decided in overtime to extend the Merchants’ winless streak to six games against Beverly, the top west division team at 29-9, after beating the Warriors in the season opener.

Beverly went on to capture the Founders Cup and finished fourth at provincials after winning bronze in 2018 as the CJHL finalists.

“We had a lot of adversity throughout the year. We lost a few guys, we had some injures, stuff like that, but the guys fought to the bitter end so overall I would say it was a success,” Rodda said. “We obviously wanted more, but we did lose to a very good team in Beverly in the second round and they ended up winning the whole thing.

“It goes to show that we were right there with them.”

Rodda, 29, who made his head coaching debut last season after a lengthy assistant coaching apprenticeship with the Merchants, saw progress on the ice "and even the off ice stuff compared to the start of the year. By the end of the year our team was starting to gel. It was a good place to be at the rink,” he said. “The guys that we have coming back this year are just going to add to that. It will be a lot of fun this year.”

Next weekend the Merchants and Flyers faceoff Friday at Glenn Hall Centennial Arena and Sunday’s home game is against the Sherwood Park Knights. Start times are 8 p.m.

The CJHL lid-lifter Sept. 20 against the Edmonton Mustangs at 8 p.m. at Jarome Iginla Arena includes a pre-game tailgate party.

ICE CHIPS: The Merchants are teaming up with Original Joe’s St. Albert in support of 102.3 Now! Radio’s Empties for Angels campaign and the Mexican Fiesta next Saturday is a fundraiser for Aven, who is undergoing treatment for a highly aggressive and malignant form of brain cancer called medulloblastoma.

Bottles can be dropped off and cash donations will be accepted at the event, from 2 to 8 p.m. at Original Joes, to assist Aven and her family..

The Merchants are also raffling off a hot tub, tickets are $20 or three for $50, and a portion of the sales will go towards the cause.

The draw date for the hot tub is at the Merchants’ home opener.

For more information, contact Jackie, director of events and sponsorship for the Merchants, at [email protected].