Jackson Wark is in exclusive company as the 22nd Canadian selected in the 2015 Major League Baseball first-year player draft. The New York Mets picked the six-foot-six, 220-pound right-hander from the midget AAA St.
Jun 20, 2015 12:00 AM By: Jeff Hansen 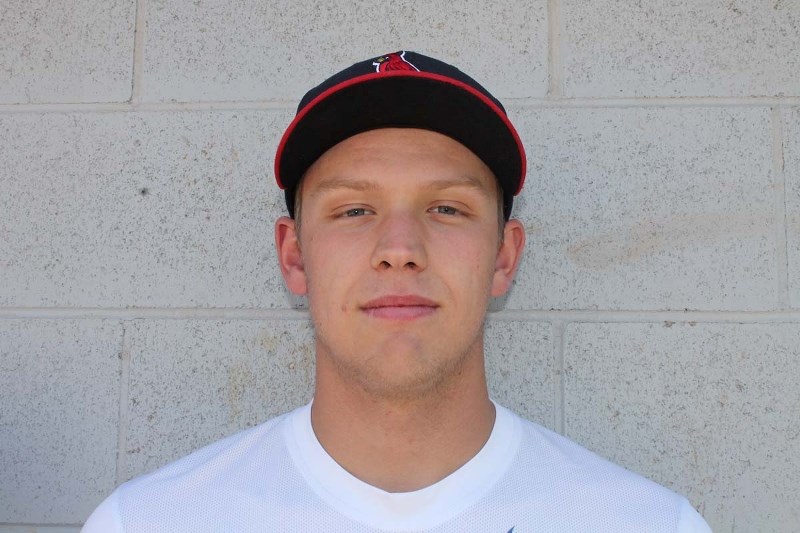 Jackson Wark is in exclusive company as the 22nd Canadian selected in the 2015 Major League Baseball first-year player draft.

The New York Mets picked the six-foot-six, 220-pound right-hander from the midget AAA St. Albert Cardinals in the 30th round (899th overall) in last week’s draft that lasted 40 rounds with 1,215 players chosen, including 30 Canadians.

“Obviously it’s a huge honour,” said Wark, who had committed to the St. Louis University Billikens in the Atlantic 10 Conference prior to the draft. “To be considered by one of the top 30 Canadians that’s obviously pretty huge and pretty exciting.”

The Mets had been tracking the junior national team prospect through a scout based in Quebec.

“I pretty much knew it was going to be the Mets. I had talked to that scout before. I think he was the first to really contact me. I talked to him a few weeks before in Okotoks and so I sort of had an idea because I had heard from them the most,” Wark said.

“I had actually talked to the scout the night before (the third and last day of the draft),” he added of the phone call that caught him by surprise. “I knew the scout was from Quebec. I saw a Quebec number and I was like, ‘Oh, no’ because I never really kind of thought that it was a real possibility.”

The Mets were interested in Wark’s commitment with the NCAA division one Billikens.

“I had spent a little while mulling it over,” said the product of the Prospects Baseball Academy. “(The scout) asked if it was going to be worth it for us to draft you kind of thing and are you going to sign. I kind of decided no, probably not. I’ve got a nice deal at St. Louis so I’ll kind of see down the road.”

Wark, 18, was in his Grade 12 physics class at Bellerose Composite High School when he was drafted.

“My phone started to blow up with notifications and I kind of checked and I went, ‘No way. Everyone else kind of knew too. It was all over social media,” said the International Baccalaureate student. “It was pretty exciting but it was almost exam week and I had a diploma on Friday so it was pretty tough to concentrate on that stuff a little bit.”

Wark tried to maintain his focus leading up to the draft despite the distractions off the diamond.

“I never really was overly concerned about getting drafted. I just tried to play and forget about that kind of stuff and just see what happens,” said the third Alberta player drafted behind right-handers’ Michael Soroka of Calgary (first round, 28th overall, by the Atlanta Braves) and Reign Litkeman of Red Deer (23rd round, 688th overall, by the Tampa Bay Rays).

Last month with the junior national team prospects for the U18 World Cup, Wark pitched a handful of innings against the Boston Red Sox and Detroit Tigers prospects in the Dominican Republic summer league.

“I had a rough first outing. It wasn’t awful but it wasn’t good,” said Wark, who celebrated his 18th birthday during the nine-day, 13-game trip. “I had something like five days in between outings and it kind of sucks when you’re waiting that long but I went out in my next outing and I was pretty much lights out, I guess. I threw really well. I kind of fixed what I needed to fix and that was nice but it would’ve been nice to have two solid outings.”

Wark has fingers crossed he will make the national junior team selection camp and pre-world exhibition series in Australia in mid-August, prior to the Aug. 28 to Sept. 6 championship in Nishinomiya, Japan.

“I’m waiting for that and I'm waiting to see what the Mets have to say before the signing period and then I’m looking forward to college,” said Wark, a third-year midget AAA Cardinal who has orientation sessions at St. Louis University, also in mid-August, unless he earns an invite to the selection camp.

“That will make things interesting.”

The NorWest’s new iScore website lists the Cardinals’ record at 6-4.

Friday the 2014 Baseball Canada silver medallists and midget Tier 1 provincial champions were scheduled to play the Sherwood Park A’s but the score was unavailable at press time.

Thursday the Cardinals dropped a 3-2 decision to SEEBA 2 in Edmonton.

Austin Watamaniuk batted 2-for-3 with one run scored and one stolen base.

Peter Corrigan and Conor Bronson also went 1-for-3 with one RBI apiece.