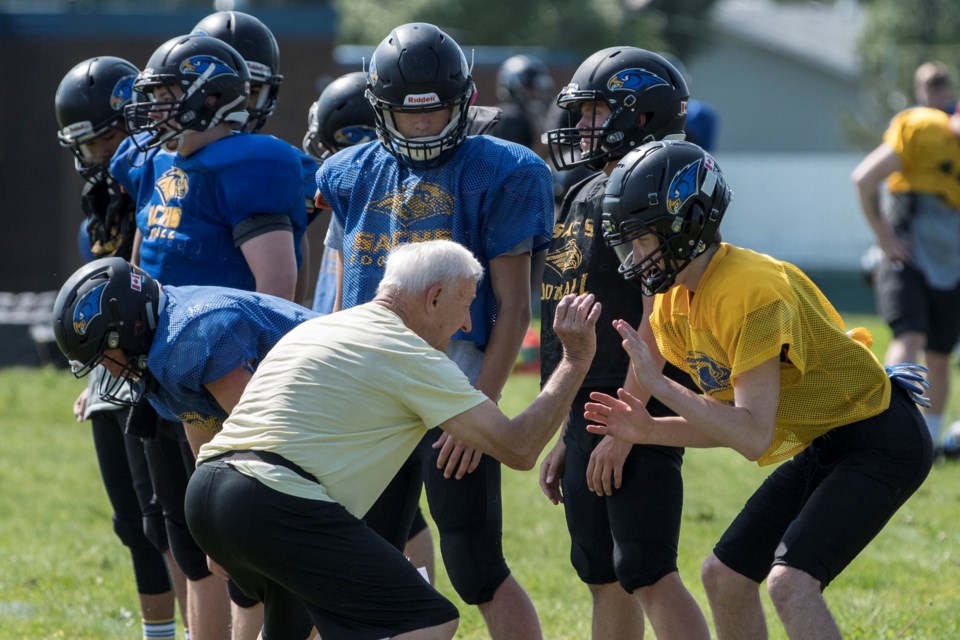 The pool A regular-season games in the joint division two Miles/division three Gilfillan conference starts at 5 p.m. between the Paul Kane Blues and Sturgeon Spirits, followed by the St. Albert High Skyhawks against the Beaumont Bandits at 7:30 p.m.

Last year the Skyhawks and Sturgeon were finalists in the Miles and Gilfillan playoffs, respectively.

The Bellerose Bulldogs are also in action Friday in the division one Carr conference against the defending champion Harry Ainlay Titans at 5 p.m. at Foote Field.

The Bulldogs are coming off a 25-21 exhibition win against the Notre Dame Cougars of Red Deer last weekend in St. Albert.

Upcoming is the rivalry game between the Skyhawks and Paul Kane next Friday at 5 p.m.

The St. Albert Merchants skate into preseason play this weekend in the Capital Junior B Hockey League.

The first of five tryout sessions started Monday for the 14-19-5 fourth-place finishers in the west division and 2-3 playoff team in two series.

The CJHL home opener is Sept. 20 against the Edmonton Mustangs at 8 p.m.

The non-playoff division two men (4-7) in the Edmonton Rugby Union host the Parkland Sharks (9-2) at 12 noon.

The first-place division two women scrum down against the LA Crude at noon in Leduc in round two of the ERU fixtures.

The Alberta Cup premier men’s match kicks off at 4 p.m. at Lynn Davies Rugby Park and the result between SARFC (2-2, 7-4 overall) and Strathcona Druids (2-2, 8-3 overall) will determine third and fourth place finishers in the round two table.