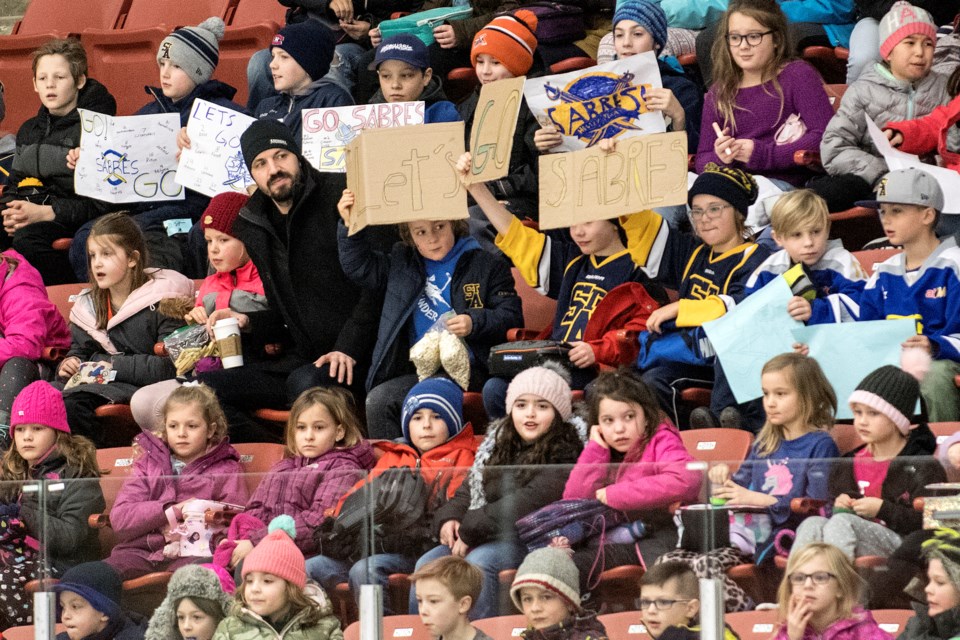 Teams are slotted into four divisions divided into two pools to determine the playoff pairings in the A, B and C brackets.

Highlighting the opening ceremony at 7:15 p.m. Thursday at Go Auto Arena is the presentation of the 12th annual $1,000 John Reid Memorial Scholarship.

The 1983 Territorial Leasing Sabres are the only St. Albert team to win the tournament.

Visit johnreidmemorial.com for the schedule and results.

Daily admission is $10 for adults and $5 for students and seniors. Youths 10 and under get in free. There is no charge for St. Albert Raiders Hockey Club and St. Albert Minor Hockey Association players wearing their team jackets.

The John Reid Memorial Award for heart and hustle will be presented to a Sabre at Saturday’s tournament banquet and the event starts at 6 p.m. at the Edmonton Inn & Conference Centre Ballroom.

The tournament was renamed in Reid’s memory in 2004.

The MVP award winners and all-star team selections will also be announced.