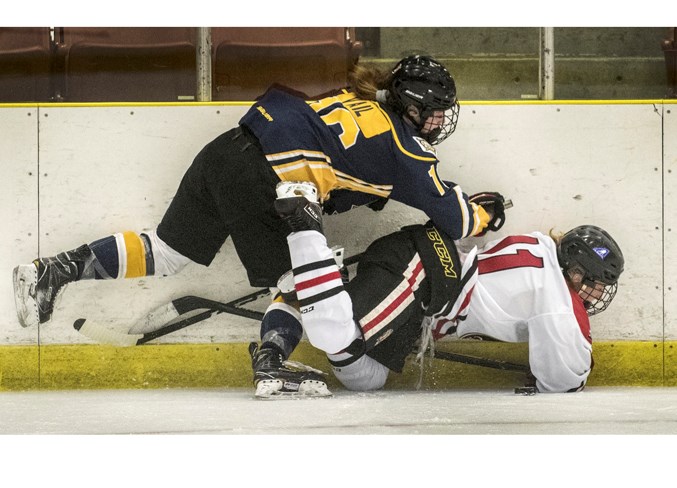 The three-year run by the St. Albert Miners as President’s Cup champions ended short of the finish line at the Canadian Lacrosse Association senior B tournament at Kahnawake, Que.

The Miners and Kahnawake closed out the eight-team round robin the night before with an 8-8 stalemate after five minutes of overtime.

It marked the first non-medal result since 2011 for the Miners, who were competing in their fifth nationals in sixth years and the seventh since 2010.

The Miners, 25-4-1 overall, were 22-1 as winners of 22 games in a row this season before back-to-back losses of 8-6 to the Axemen and 12-8 to Six Nations left the Alberta reps scrambling to secure a berth in the final with four games left.

The Miners let an early 6-5 third-period lead slip away against the Axemen and trailed Six Nations by period scores of 6-2 and 8-5.

Sunday's final was 9-5 for Six Nations against Akwesasne, the team the Miners beat 13-10 in the tournament opener.

In the first game against Kahnawake, the host team out-scored the Miners 5-1 in the third while closing out the period with three goals, including a pair 32 seconds apart in the last minute with the seventh of the night coming on the power play, and the tying marker was scored with one tick on the clock.

Graedon Cornfield posted three goals and two assists as the top scorer in the round robin with 37 points and ranked second in goals with 19.

Richard Lachlan finished fourth in points with 34 with a tournament-high 20 goals in the round robin.

Jordan Getz (11-18-29), a pickup from the Calgary Mountaineers, and Matt Kristiansen (9-14-23) were also among the Miners’ leading scores in the round robin.

In the rematch with Kahnawake for bronze, the Miners dug themselves a deep hole, down 5-1 after giving up five straight goals at the end of the first frame.

The Miners closed it to 6-5 on Brett Baron’s goal at 13:37 of the second before Kahnawake slotted three in a row to make it 9-5 after 40 minutes.

Shots were 38-30 for Kahnawake as Aaron Bold (3-2, 9.15 GAA in the round robin), last year’s MVP at nationals, was credited with 25 saves on 37 shots over 54 minutes and Hiebert stopped the only shot he faced in five minutes of action.

The Miners are now 112-8-3 in the Rocky Mountain Lacrosse League regular season and playoffs, as well as nationals, since losing the 2015 provincial final.

Last year’s gold medallists dropped a 1-0 decision in Monday’s bronze final against Apothic FC of Calgary and the result marked the first non-medal showing at provincials since 2015 in Tier IIII.

In addition to last year’s Tier III championship, the Mavericks were awarded bronze in 2017, silver in 2016, gold in 2014 and in 2012 were the Tier IV bronze medallists.

The Mavericks also placed fourth in Tier III in 2013.

The Mavericks,11-1 (103 GF/7 GA) in the SAWSL regular season, kicked off the group two round robin at the six-team provincials with the 2-0 win against Red Hill FC, 9-3-2 as the first-place division 3D team in the Edmonton District Soccer Association.

Megan Sinke and Annerleke Wolmarans scored in the second half as goalkeeper Natalie Smith bailed out the Mavericks with several saves.

The next match was the 5-0 loss to BB United of Calgary.

Upcoming for the Mavericks is the SAWSL playoffs and the Playoff Cup final is Sept. 15 at 5 p.m. at Forest Park field.

The Impact Alumni scored fewer goals than the number of yellow cards the St. Albert Men’s Soccer League team was assessed at the Tier III provincials in Calgary last weekend.

The Impact and Northwest United were carded five times apiece in the 2-1 win by the first-place 9-2-1-division 3B team in the Edmonton District Soccer Association team.

Daniel Ward, an Impact pickup from Force United as the SAMSL Golden Boot scoring champion with 13 goals in the regular season, found the back of the net.

The 1-1 draw with Atletico Cuervos featured four yellows for the Impact and three for the Calgary team.

Scott Lysenko scored for the Impact in the last group two match at the six-team tournament.