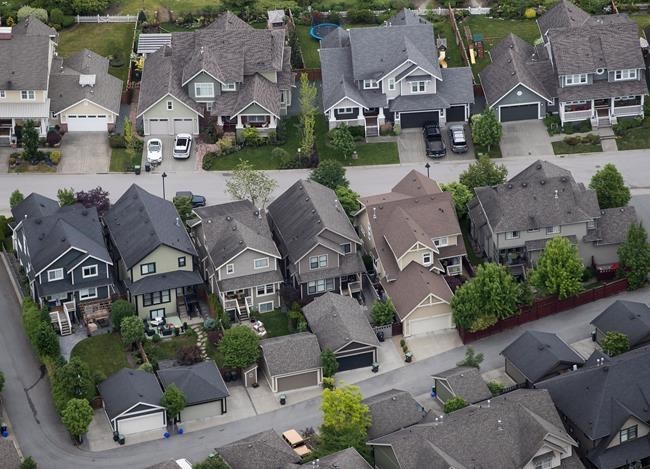 TORONTO — A pair of Canadian startups are looking to help make it easier to buy homes and cars using technology by speeding the mortgage approval process and by making finding and buying a new ride faster.

Pinch Financial has started operating with a promise of quick, true mortgage approval while bypassing the commission and delays of a broker, while Clutch Canada Inc. wants to make used car buying quicker and more reliable with online-based sales that bypass the dealership.

The models, both already firmly established in the United States, have their tradeoffs, but provide new options to consider that could offer convenience and potential savings.

Canada has been slower to develop online-focused offerings for big financial commitments like mortgages and cars, but the recently launched offerings are looking to fill some of the void.

Pinch, similar to Rocket Mortgage in the U.S., is designed to automate the mortgage approval process by verifying identity, income, assets, liabilities, source of down payment, credit worthiness, and property appraisal automatically.

"Our system in real time verifies the sort of seven core things required for an underwriting approval," said Andrew Wells, co-founder and CEO.

The app doesn't just pre-approve like some mortgage brokers, but provides a "true, full, underwriting qualification" because it also assesses the property in real-time, giving the potential for approval in about 10 minutes rather than the days it can take for brokers and banks to verify all the information.

"It becomes much more transactional and point of sale…There's a sort of immediacy and simplicity to it," he said.

Speed might not be the biggest concern for many home shoppers, but in hot markets it can be a factor, Wells noted.

Because lenders pay the commission to mortgage brokers, there isn't a clear up front savings, but he said that since the app doesn't recommend mortgages based on commissions, bonuses or relations with particular lenders, there's a greater chance that it's offering the best deal.

Instead of a commission, banks and other lenders pay a monthly fee to be on the service, and then pay a fixed rate per mortgage. The company has signed on Tangerine, several other unnamed banks as well as alternative lenders and credit unions.

The app, however, does require users to hand over their social insurance number, online banking info, and trust in the automated appraisal of the property.

"It's meant for the customer that's willing to integrate their online banking to get value, but you definitely have a lot of people who are not there yet," said Wells.

Clutch, meanwhile, wants to bring speed and convenience to used car sales with online-only listings where they bring the vehicle directly to the customer for a test drive.

The company says by cutting out the dealership and commissions, and instead storing the cars in more cost-effective warehouses they can offer vehicles at lower prices.

Direct comparisons on used vehicles are difficult because there are so many variables, so it's hard to say what sort of direct cost savings there are, but Park also says it saves time compared with dealerships.

"Everything that they do is designed to lock you in, sell you a car, take a bunch of back end services and products, and ultimately, most of the structures around dealerships are not designed to be consumer friendly."

Clutch finds a middle ground between options like AutoTraders or Kijiji Autos, where the customer doesn't know much about the seller, and a full-fledged dealership. It also doesn't negotiate on price, and offers a seven-day money back guarantee.

The company, with a similar model to the fast-growing Carvana in the U.S., launched in Halifax in 2017 after Ontario regulators weren't sure what to make of the model. It secured registration with the Ontario Motor Vehicle Industry Council earlier this year and is now also operating in the Toronto area, with plans to expand.

Supplies of cars could be a problem, said auto industry analyst Dennis DesRosiers, since dealerships often get the first pick from trade-ins, and he wondered about the potential savings, but the model could certainly work, he said.

"I hope that they bring some more excitement to the marketplace. More attention to the market is good, not bad."

This report by The Canadian Press was first published March 5, 2020.