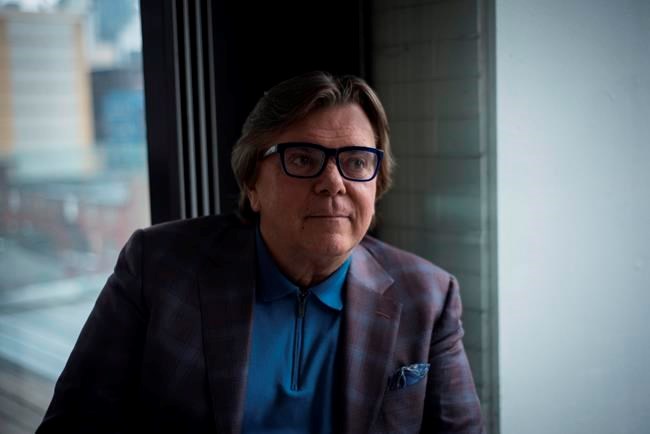 TORONTO — Hardly a minute after sitting down with Randy Lennox, head of the largest Canadian streaming service Crave, and the vociferous leader is deep into an enthusiastic TV pitch.

He's developing a new documentary for the platform that's shrouded in secrecy, though he can hardly contain his excitement. It's going to be a riveting production centred on a vibrant time in music history, he assures, packed so tight he might have to split the film into four parts and make it a docuseries.

"It's too much; it's not a two-hour story," Lennox says, leaning back in his office chair at Bell Media's headquarters in downtown Toronto.

Viewers were once captivated by the idea of a streaming promiseland where everything would be at their fingertips any time they wanted it. But in practice, that concept has become a bottomless pit where scrolling through numerous services leads to indecision. There's also concern over the rising monthly cost of paying for them.

"The theory is when there's a million of something there's none at all," Lennox acknowledges.

He hopes Canadians will see Crave as a beacon of light in the darkness of endless choice.

In the era of peak TV, as it's often called, Crave is facing off against international streaming giants who have billions of dollars to burn. That's meant Lennox and his team have to be savvy to stand out.

Lennox expects Canada's streaming market to have seven major players — which he calls the "Big Seven" — and they're Netflix, Amazon, Disney, Apple, a Viacon-CBS offering, Crave and Hulu. The last one is a wildcard because Hulu is majority owned by Disney, but the company hasn't announced plans of coming to Canada yet.

Lennox sides with most analysts who believe the average household will be willing to pay for three services. His job is convincing most Canadians to make his platform one of them.

Instead of seeing Netflix and other competitors as the bad guys, he considers his Canadian media empire a "frenemy" to their businesses. He shakes hands with powerful brands such as HBO and Showtime, signing deals that give Crave the domestic rights, and guarantee those Hollywood companies won't go solo in Canada with their hit programs like "Game of Thrones" and "Westworld." The business approach has been the backbone of Canadian broadcast television for decades.

But Lennox says he envisions Crave as more than a middle man for Hollywood-made TV and films. He plans to make the streaming company a considerable presence in the production business, mainly by partnering with U.S. companies for filmed entertainment.

As the former head of Universal Music Canada, Lennox has serious chops in the world of dealmakers. He spent more than three decades helping build the names of young Canadian hopefuls, including Justin Bieber, Shania Twain and the Weeknd, before they became superstars with the assistance of international partners. He says those experiences taught him how to shake hands with the competition and find mutual benefits in a competitive environment.

"If I came from a background that was not Universal I might not think that way," he says.

"I might look at (the streaming giants) as: 'Oh, the big bad guys are bringing their tsunamis to Canada.' But I completely (see) the opposite of that: 'How are we going to... make deals with them?'"

At last year's Toronto International Film Festival, Lennox sent a message to Hollywood by securing the opening night spot with the documentary "Once Were Brothers: Robbie Robertson and the Band." The Crave Original, which debuts on the platform and Hulu later this year, was co-produced with a division of Imagine Entertainment, the Hollywood company co-founded by Brian Grazer and Ron Howard.

There's also eight music documentaries coming down the pipeline in partnership with Netflix, including one on the history of New York's Brill Building, a mecca of early pop music creation, and another that dives into the "Summer of Love" in 1967 San Francisco.

Those projects come after Bell Media acquired a majority interest in Pinewood Toronto Studios two years ago, with plans to expand the facility's square footage. Lennox says a combination of partnerships and a production studio have boosted Crave's reputation.

"Those two things have ricocheted across the world as walking the walk," he added.

But orchestrating an entertainment production rarely goes smoothly, and if you're a Canadian media company working in partnership with a U.S. player, that often means you're playing second fiddle to Hollywood executives or, in some cases, setting up for more powerful companies to reap the benefits.

Five years ago, Bell Media commissioned "Hip-Hop Evolution" for HBO Canada, later selling rights for other territories to Netflix. The four-part docuseries traced the roots of the music genre with London, Ont., rapper Shad Kabango as host. While it won widespread acclaim, including a Peabody Award, the program flew under the radar in Canada, and Bell Media ultimately passed on involvement in a second season.

That gave Netflix an opportunity to swoop in on the prized asset Bell helped build. The U.S. streamer produced two additional seasons of "Hip-Hop Evolution" without Bell Media or Crave attached.

Complications also arose with an "SCTV" reunion directed by Martin Scorsese and co-produced by Netflix filmed a year and a half ago. The special event was put on the back burner as the U.S. streaming giant prioritized the acclaimed filmmaker's $160-million production "The Irishman."

With homegrown Crave originals there's a little more control over the process. "Letterkenny" didn't secure a stateside distribution deal until its fifth season, but its hoser cast became a cult hit in Canada, eventually leading Hulu to grab the U.S. rights. Crave hopes to duplicate that success with "New Eden," an eight-episode mockumentary on a feminist cult that debuted earlier this month.

Brahm Eiley, president of Vancouver-based Convergence Research Group, says he's confident in how Crave has dealt with its U.S. rivals using a "block and tackle" strategy to buy the rights of Hollywood content while judiciously investing in a small number of new productions.

"It's not as though Crave is lacking for original content at the end of the day," he says.

Lennox says he's "very happy" with the level of content that Crave is buying and making at this point. They've signed a pact with Warner Bros. for a supply of TV shows that'll debut on incoming streaming platform HBO Max when it rolls out in May.

"What you're doing is you're keeping it trim and in shape," he says.

"Because there's just way too much."

This report by The Canadian Press was first published Jan. 14, 2020.

Note to readers: This is a corrected story. A previous version said 'Hip-Hop Evolution' was produced in partnership with Netflix. It was a Bell Media commissioned project.