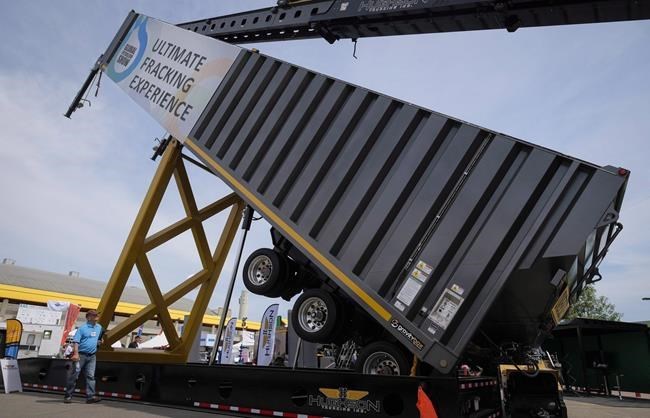 CALGARY — Trican Well Service Ltd. says it has cut its employee costs by half through salary reductions, layoffs and job sharing in reaction to a severe slowdown in drilling activity due to low oil prices.

The Calary-based company, which offers hydraulic fracturing or "fracking" and other well completion services mainly in Western Canada, says it has also reduced by half the number of staffed equipment units it has in the field.

It says its executive and director cash compensation has been reduced by 20 per cent and it will restrict spending going forward to sustaining capital as it forecasts a 50 per cent drop in industry activity in the second half of 2020.

Calgary rival Calfrac Well Services Ltd. announced about two weeks ago it would reduce its staffed equipment to nine from 19 in North America, resulting in a 40 per cent downsizing of its related workforce, and would trim salaries throughout the organization.

The Canadian Association of Oilwell Drilling Contractors estimates its members have slashed their workforces by between 20 and 50 per cent this year as a market share battle between Saudi Arabia and Russia drive oil prices down.

In a business update, Trican says it expects to report revenue from continuing operations for the first quarter of about $192 million as its crews were fully booked through January and February but jobs began to be cancelled in late March.

"This year will be extremely challenging for our industry and Trican," it said in a news release.

"Trican will adjust available operating capacity, targeting positive operating cash flow, regardless of the level of demand for our services. This disciplined strategy will allow us to maintain a strong balance sheet during these uncertain times and be positioned well coming out of this downturn."

This report by The Canadian Press was first published April 6, 2020.