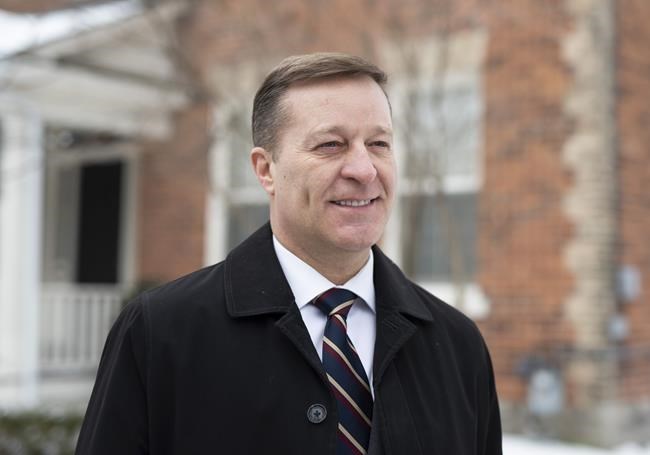 OTTAWA — Tight new rules for the Conservative leadership election have led businessman and longtime party volunteer Bryan Brulotte to declare he's no longer making a bid for the job.

Brulotte had signalled his intention to run for the party leadership in December, just days after current leader Andrew Scheer announced his resignation.

In early January, Brulotte began rolling out an early campaign, despite the absence of formal rules for the contest. Unlike some of the better-known contenders, he faced an uphill battle to get his name and positions known across the country.

He'd hoped to use his relative outsider status, however, to recruit new party members who'd back his bid, and in turn become a new base of support for the party.

But the official rules of the race, released over the weekend, require candidates to have the support of 3,000 people who've been party members for 21 days before they sign someone's leadership nomination papers.

One thousand of those signatures are required by the end of February, giving candidates effectively less than a month to sign up new members if they don't know enough existing ones.

"Although my desire to serve was and continues to be a motivating factor, after careful consideration and review of the recently published regulations, I have decided to withdraw from the leadership race for the Conservative party," Brulotte said in a statement to The Canadian Press.

Brulotte said he still intends to try for a career in politics — he'll seek the nomination to run as a member of Parliament for the Conservatives if there's a spot for the next federal election.

MacKay has yet to formally announce he's running for the Conservative leadership, though he has been making the rounds of party and community events for weeks shoring up his own support.

The deadline for candidates to submit their applications to run for the leadership is Feb. 27, and they must meet all the entry requirements — including a $200,000 entry fee, $100,000 compliance deposit and having the 3,000 signatures by March 25.

Party members are to elect a new leader on June 27 at a convention in Toronto.

This report by The Canadian Press was first published on Jan. 14, 2020.