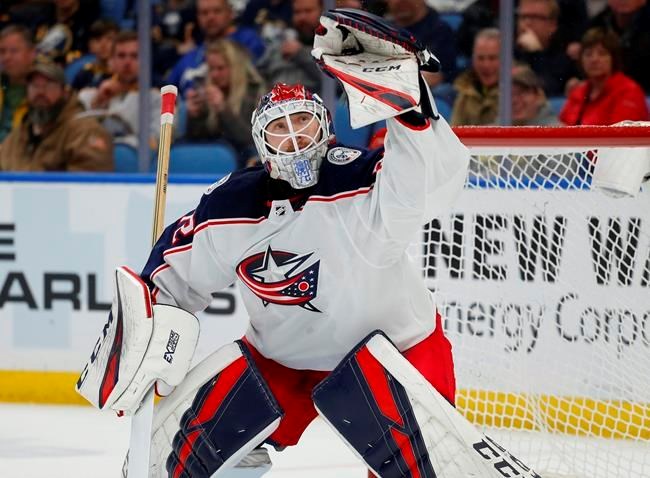 Bobrovsky went 4-0-0 with a 1.00 goals-against average, .966 save percentage and two shutouts to help the Blue Jackets extend their overall winning streak to five games and move into the first Wild Card spot in the Eastern Conference.

Bobrovsky stopped 26 shots for his 32nd career shutout  in a 4-0 victory over the New York Islanders on Tuesday and made 38 stops for his league-leading ninth shutout of season in a 4-0 victory against Buffalo on Sunday.

Bertuzzi had three goals and seven assists in four games as the Red Wings increased their winning streak to five contests with a perfect week.

Kuemper stopped 95 of the 97 shots he faced, going 2-0-1 with a 0.65 goals-against average, .979 save percentage and two shutouts as the Coyotes remained in the hunt for a wild-card spot in the Western Conference.

Kuemper earned his 15th career shutout with 31 saves in a 1-0 victory over Chicago on Tuesday and made 39 saves in a 4-0 win over Minnesota on Sunday.