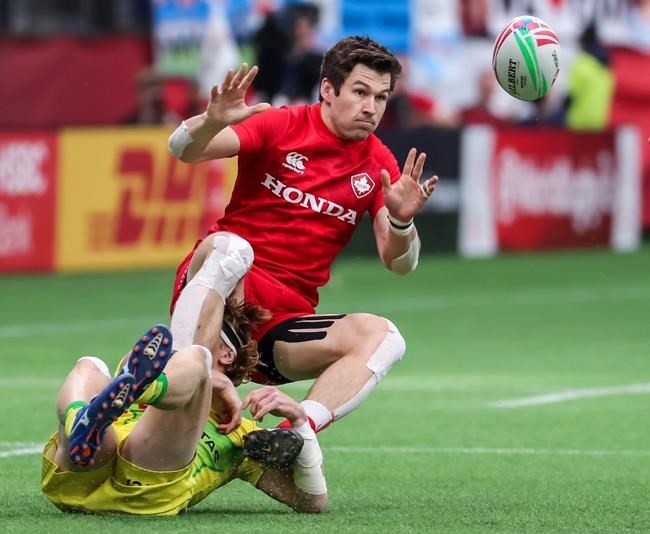 The road to the Tokyo Olympics will likely take the Canadian men's rugby sevens team to the Cayman Islands in July for a North American qualifying tournament.

And the regional qualifier looks to be more welcoming for the Canadians than the one prior to the 2016 Olympics when they lost to the U.S. With the Americans on track to secure automatic qualification for the 2020 Tokyo games, Canada should have an easier path at the North America qualifier.

The Canadian women appear likely to bypass regional qualifying, as they did for the 2016 Rio Olympics where they won bronze.

The top four men's and women's finishers over the 2018-19 HSBC World Rugby Sevens Series automatically book their Olympic place. The Canadian women currently stand third behind No. 1 New Zealand and the No. 2 Americans.

The U.S. tops the men's rankings ahead of New Zealand, Fiji and South Africa with Canada 12th. There are four stops remaining in the men's season, with the famed Hong Kong event starting Friday.

The final Olympic qualifier for both men and women will be determined at a repechage tournament, slated to take place between the end of the regional qualifiers and June 2020. The repechage will feature 12 women's and 12 men's teams with the second and third team in each regional competition participating.

Prior to Rio, the Canadian men finished ninth on the World Series and were consigned to the repechage after losing 21-5 to the U.S. in the NACRA Sevens Cup final. The Olympic dream died at the repechage where Canada lost 14-12 loss to Russia in the quarter-finals.

Spain won the last-chance men's tournament, upsetting Samoa 22-19 with a try in the dying seconds.

Should the Canada and U.S. women both qualify through the World Series, the North American regional place will be added to the repechage with the top two teams at the repechage securing qualification.