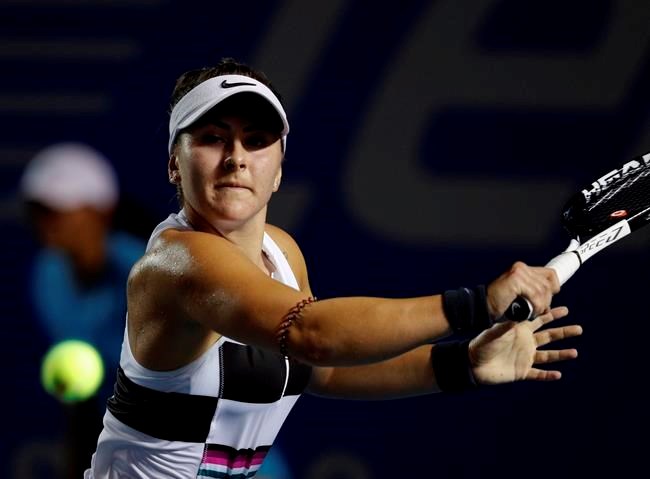 ST. PETERSBURG, Fla. — Canadian teenager Bianca Andreescu rose 11 spots to a career-high No. 60 in the WTA Tour rankings on Monday after reaching the semifinals at the Mexico Open last week.

Andreescu, whose previous rankings high was No. 68, opened the year at No. 152.

The 18-year-old from Mississauga, Ont., had a breakout performance at the ASB Classic last January with upset wins over former world No. 1s Caroline Wozniacki and Venus Williams.

The other Canadian in the top 100, Eugenie Bouchard of Westmount, Que., was unchanged at No. 73.

In the men's rankings, Montreal's Felix Auger-Aliassime jumped two spots to a career-high No. 58. The 18-year-old reached the quarterfinals at the Brasil Open last week.

Milos Raonic of Thornhill, Ont., remained at No. 14 on the ATP Tour list and Denis Shapovalov of Richmond Hill, Ont., dropped one spot to No. 25.