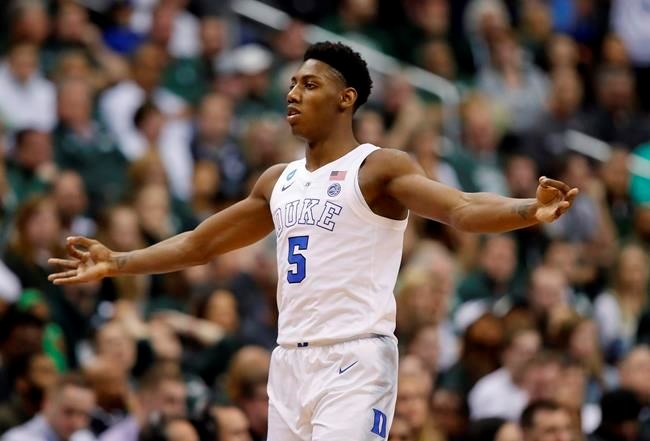 Barrett, from Mississauga, Ont., drew criticism on social media Sunday night after the freshman forward missed a late free throw in the Blue Devils' 68-67 loss to Michigan State in an Elite 8 game at the NCAA men's basketball tournament.

Nash, an eight-time all-star who played 18 seasons in the NBA from 1996-2014, posted a supportive message on Twitter about Barrett — his godson — after the loss.

"RJ Barrett (*yes, is my godson) is a next level playmaker at his age, 18, and size," Nash wrote. "Makes every read/pass. This is one skill that is easier in many respects due to the rules at the NBA level but so damn valuable. Blown away at the reads and deliveries he made (repeatedly)."

Barrett finished Sunday's game with 21 points but missed the one that would have tied it.

He flubbed the first of two free throws with 5.2 seconds left and tried to miss the second — to give Duke a chance to regain possession with a rebound — but it bounced in.

Duke fell one step short of the Final Four after coming out on the losing end of a nail-biter. The Blue Devils won their previous two NCAA Tournament games by a combined three points and escaped in the final seconds only when their opponents missed at the buzzer.