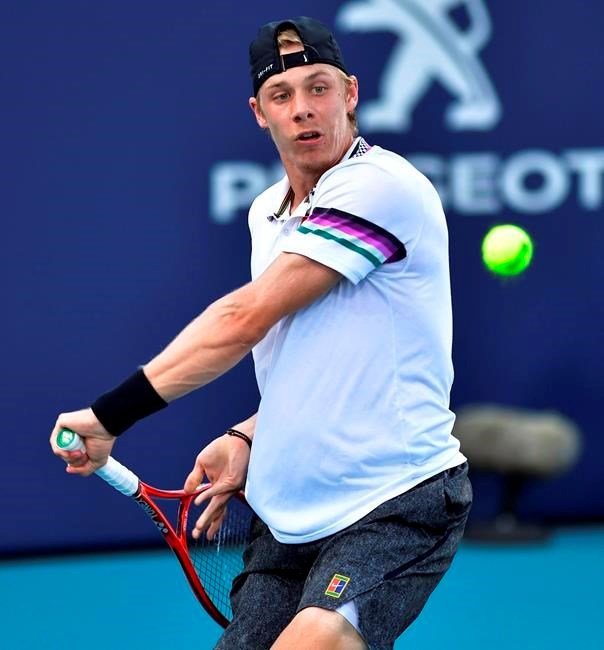 Canadian teen Denis Shapovalov has cracked the top 20 of the ATP Tour rankings for the first time.

The 19-year-old from Richmond Hill, Ont., jumped to a career-best 20th from 23rd on Monday after reaching the semifinals of the Miami Open last week.

Fellow Canadian teen Felix Auger-Aliassime made an even bigger leap. The 18-year-old from Montreal improved 24 spots to No. 33 after also making it to the semifinals in Miami.

Milos Raonic of Thornhill, Ont., remains the top Canadian at No. 15, down one from the previous rankings.

On the women's side, Bianca Andreescu improved one spot to No. 23 in the WTA Tour rankings.

The 18-year-old from Mississauga, Ont., reached the fourth round in Miami.

Japan's Naomi Osaka remains No. 1. The top five is rounded out in order by Simona Halep of Romania, the Czech Republic's Petra Kvitova and Karolina Pliskova and Germany's Angelique Kerber.