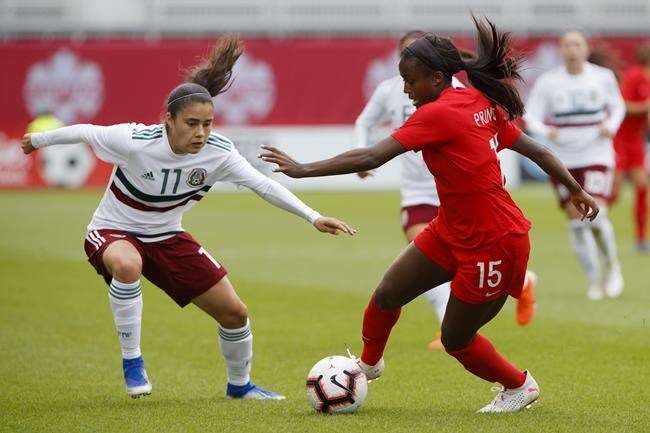 The 32-year-old Utah Royals midfielder cited family as the reason, without specifying any further, in a tweet on the eve of Utah's tournament opener against the Houston Dash in Herriman, Utah.

"This game is all I know and is beyond important to my heart. But one thing that is closer and dearer and has always come first is my family," the Winnipeg native said on Twitter. "I unfortunately will not be playing in the Challenge Cup. Beyond disappointed to not step on that field today but will see you soon."

Fellow Canadian Nichelle Prince, a 25-year-old forward from Ajax, Ont., who plays for Houston, also missed the match. Her father passed away recently.

"My dad is the biggest reasons I am the athlete I am today ... I can only hope to be just a fraction of the person he is," she said in a Father's Day post on Instagram she hoped he would see.

A spokeswoman for the Dash said Prince will be available for Saturday's match against OL Reign.

Tuesday's game ended in a 3-3 tie thanks to 82nd- and 89th-minute Utah goals. Veteran Canadian forward Diana Matheson opened the scoring for Utah in the 35th minute. Allysha Chapman started for Houston while Canadian Sophie Schmidt came off the bench in the 74th minute.

Prince's return will up Canada's representation at the tournament to 13 players — 14 if you include Washington Spirit goalkeeper Devin Kerr. Born in Toronto, Kerr was raised in Barrie, Ont., and represented Canada at the 2014 FIFA U-17 Women's World Cup in Costa Rica before representing the U.S. at the under-19, -20 and -23 levels.

The NWSL season was originally slated to start April 18 but was put on hold due to the global pandemic. With the Challenge Cup, it is the first North American pro league out of the blocks, despite the loss of one team on the eve of the tournament.

This report by The Canadian Press was first published June 30, 2020.