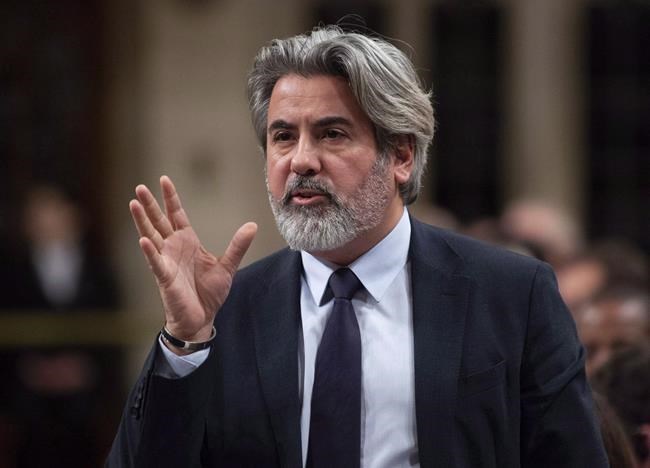 OTTAWA — Canada's Heritage Minister says there will be no extension of a Thursday deadline to resolve a dispute over a plan to build a community featuring a new downtown arena for the Ottawa Senators.

Pablo Rodriguez told reporters on Tuesday that the National Capital Commission's deadline for the LeBreton Flats file is firm.

"The NCC was very clear," Rodriguez said. "There's a deadline for February 28th and there will be no extension."

On Jan. 14, an original deadline of Jan. 19 was extended until Thursday by the NCC — a crown corporation which controls the LeBreton Flats land.

"It's between them. Now they have to come to an agreement," Rodriguez said. "There's a few days left. It ends February 28th, no extension."

When asked what happens if no agreement is reached, Rodriguez said, "I invite you to speak directly to the NCC but this is an absolute priority for them (and) for us also as a government because it’s a priority for the region."

Melnyk's Capital Sports Management Inc., filed a $700-million lawsuit against Ruddy and Bird in November. Ruddy — also a member of the ownership group of the CFL's Ottawa Redblacks, the United Soccer League's Ottawa Fury and the Ontario Hockey League's Ottawa 67's — responded with a $1-billion counterclaim.

While filing a statement of defence against Melnyk's lawsuit, Bird got the three parties to agree to mediation in early January.

The Senators currently play at the Canadian Tire Centre in suburban Kanata.

The NHL team has dealt with a long list of negative headlines for on- and off-ice developments since falling one goal short of reaching the Stanley Cup final in 2017.

The Senators sit last in the NHL standings and traded away top forwards Mark Stone, Matt Duchene and Ryan Dzingel for younger players and draft picks before this week's trade deadline.

Ottawa also dealt its first pick in this year's draft — expected to be very high because of the team's poor record — in the original deal to get Duchene last season.