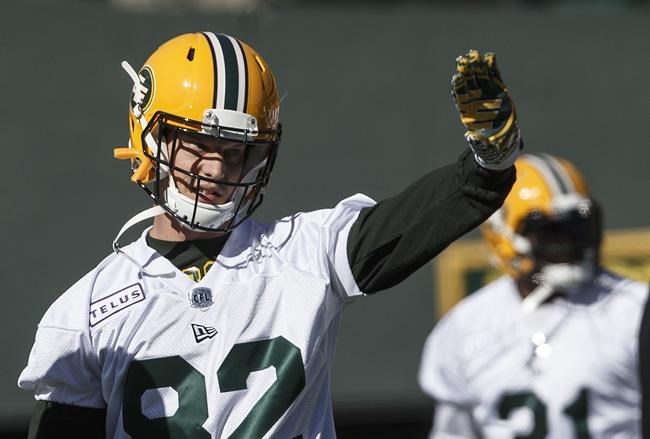 Ellingson, who signed with the Eskimos this off-season after four years with the Redblacks, had nine receptions for 174 yards and two touchdowns in Edmonton's 39-23 win over the B.C. Lions on Friday.

Davis, the backup to current Eskimos QB Trevor Harris in Ottawa last season, completed 30-of-39 passes for 354 yards and three touchdowns as the Redblacks improved to 2-0 with a 44-41 win over the Saskatchewan Roughriders on Thursday.

Harris was top performer of the week in the opening week of the season.

Thomas Erlington, a Montreal native, had 12 carries for 109 yards and three catches for 56 yards in Hamilton's 64-14 win against the Toronto Argonauts on Saturday.