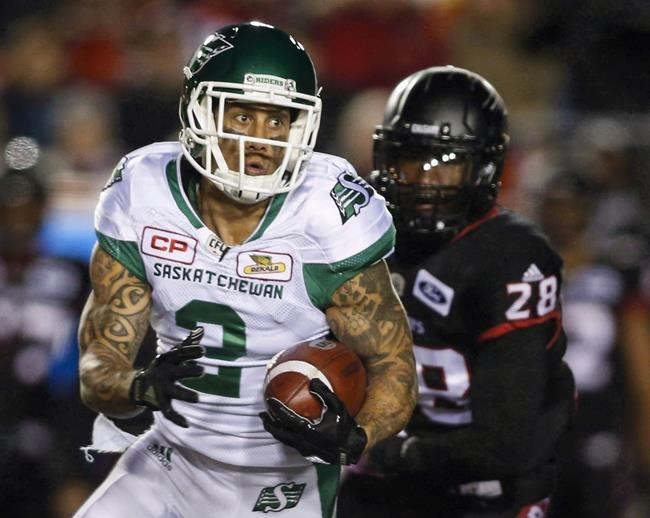 TORONTO — Former CFL star Chad Owens has been arrested and charged with one count of assault.

According to Peel regional police, Owens was arrested Monday and appeared in court Tuesday. No further details were provided.

Owens moved his family to Canada full-time in 2015 from Hawaii, purchasing a home in Mississauga.

The 36-year-old Honolulu native is a 10-year CFL veteran having spent time with the Montreal Alouettes, Toronto Argonauts, Hamilton Tiger-Cats and Saskatchewan Roughriders but didn't play in the league last season.

The five-foot-eight, 180-pound Owens was the CFL's outstanding player in 2012 with Toronto after registering a record 3,863 all-purpose yards. He also led the league in receiving with 94 catches for 1,328 yards and six TDs and became the first player in pro football history to accumulate at least 3,000 combined yards in consecutive seasons.

Owens capped his 2012 campaign by helping Toronto beat Calgary 35-22 to capture the 100th Grey Cup title at Rogers Centre. In the off-season, Owens decided to pursue mixed-martial arts as a form of training and was set to make his MMA debut April 6 in Honolulu.

Owens had made the Argos aware of his MMA plans but that didn't sit well with then GM Jim Barker.

"We do trust Chad, he's been in the best shape of any athlete in this league for the last three years and, again, we trust that. We think he made a bad decision on doing this but, again, we trust he'll come in great shape and be ready to play."

On June 8, 2013 the Argos and Owens agreed to a two-year contract extension that reportedly made Owens the league's highest-paid non-quarterback. Toronto acquired Owens from the Montreal Alouettes prior to the 2010 campaign for a 2011 fourth-round draft pick.

Owens made an immediate impact with the Argos, being named the CFL's top special-teams player after leading the league in punt, kickoff, missed field goal returns and all-purpose yards. He also finished tied for the overall league in return touchdowns (four) and became just the fifth player in league history to have over 1,000 punt- and kick-return yards in the same season.

But Toronto didn't re-sign Owens at the end of the '15 season, making him a free agent. He signed with Hamilton in February 2016 and played 12 games with the Ticats before suffering a season-ending broken foot.

Owens joined the Roughriders in February 2017, signing a two-year deal but opened the season on the six-game injured list. He was released prior to the 2018 season and returned to Hamilton on Sept. 11, 2018 but was released two weeks later without playing a game.