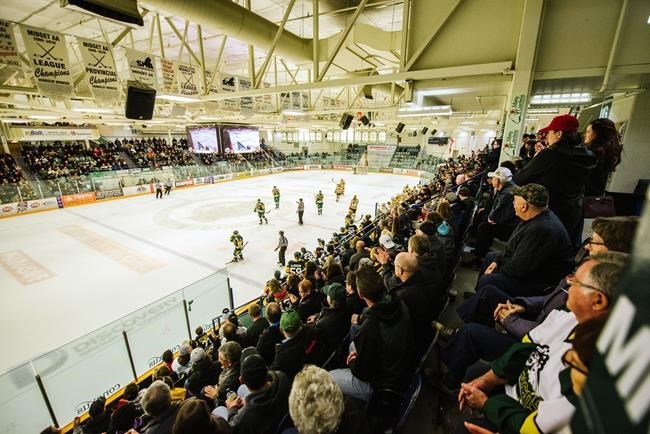 HUMBOLDT, Sask. — Scott Barney has been named head coach and general manager of the Humboldt Broncos for the next three seasons.

Barney was appointed interim head coach on Dec. 28 after the Broncos parted ways with Nathan Oystrick.

Both Oystrick and Barney were hired after 16 members of the Saskatchewan junior hockey team — including its head coach and an assistant coach — were killed last April.

The team's bus and a semi-truck collided at a rural intersection on the way to a playoff game.

Barney, a former player in the National Hockey League, took this season's team to the quarter finals in the playoffs.

He says in a news release that he's looking forward to the challenge.

"I'd like to thank the Humboldt Broncos organization for believing in me and giving me this opportunity," said Barney. "I am ready and eager ... for the challenge to work with the club.

"I look forward to moving my family to the community and starting this new chapter in our lives."

Prior to becoming a coach, Barney played in the NHL with the Los Angeles Kings and Atlanta Thrashers, in the minors as well as overseas, mainly in Europe.

Broncos president Jamie Brockman said they are proud to have Barney lead the organization for the next three years.

"He demonstrated real passion and humility that we really liked," he said. "On top of that, he is simply a great person. We are excited to see what Scott can do for our organization."