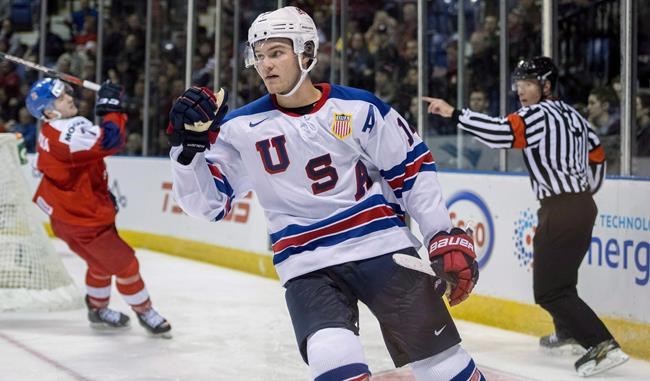 WINNIPEG — The Winnipeg Jets have signed defenceman Dylan Samberg to a three-year entry-level contract, starting in the 2020-21 season.

The deal carries an average annual value of US$1.175 million.

The 21-year-old was selected by the Jets in the second round (43rd overall) in the 2017 NHL draft and just completed his junior season with the University of Minnesota-Duluth Bulldogs.

The Hermantown, Minn., native had a goal and 20 assists in 28 games, but the early cancellation of the NCAA hockey season due to the COVID-19 pandemic ended UMD's hopes for a third straight championship.

Internationally, Samberg represented the United States at the 2018 and 2019 world junior hockey championships.

This report by The Canadian Press was first published April 7, 2020.

Canadians seem OK with possibly being benched as playoff venue: survey
Jun 2, 2020 2:00 AM